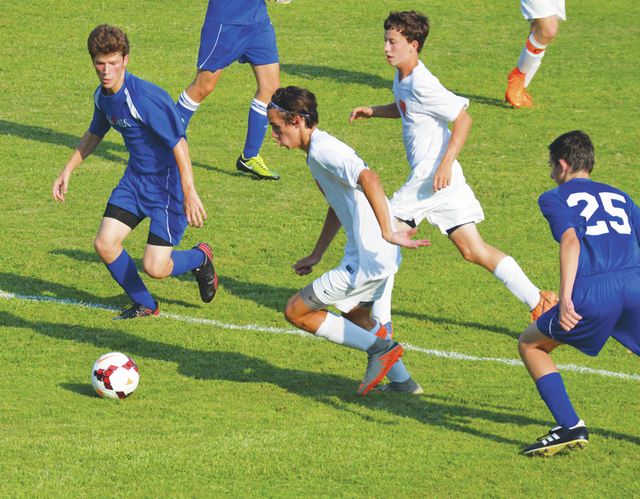 Felicity Liechty and the LaGrange Academy Lady Warriors have had four of their games postponed because of weather this season. Kevin Eckleberry | Daily News

http://lagrangenews.com/wp-content/uploads/sites/37/2015/09/web1_9-9-softball-liechty.jpgFelicity Liechty and the LaGrange Academy Lady Warriors have had four of their games postponed because of weather this season. Kevin Eckleberry | Daily News LAGRANGE – By this point of the season, the LaGrange Academy Lady Warriors were supposed to have played seven games.

Mother Nature has had other ideas.

With Tuesday’s postponement against Weber School, LaGrange Academy’s softball team has only been able to complete three of its games.

In Tuesday’s game, the Lady Warriors had a 1-0 lead in the second inning when lightning was spotted in the area.

After a 30-minute delay, the teams took the field again, but they weren’t out there long.

“We got their third out (in the top of the second inning), our leadoff hitter got a hit, and lightning struck again,” Parker said.

Parker said he and the Weber coach agreed to call it right there.

“They’re coming from up north Atlanta, and it looked like it wasn’t going to let up,” Parker said.

Parker said the hope is to eventually play all of the games that have been postponed.

They lost to Trinity Christian twice and beat Griffin Christian 21-13 for their lone win.

LaGrange Academy was supposed to open its GISA Region 1-AA schedule last week against Flint River, but that was one of the postponed games.

Weather permitting, LaGrange Academy will play its first region game against Piedmont on Thursday at home, with first pitch set for 5 p.m.

After getting a 5-2 road win over Covemant on Tuesday, LaGrange Academy will host Peachtree Academy at 5 p.m. today.

LaGrange Academy will be back home on Thursday for a 5 p.m. game against Oak Mountain.

LaGrange Academy’s cross-country team, meanwhile, will be in Carrollton today for a meet hosted by Oak Mountain.