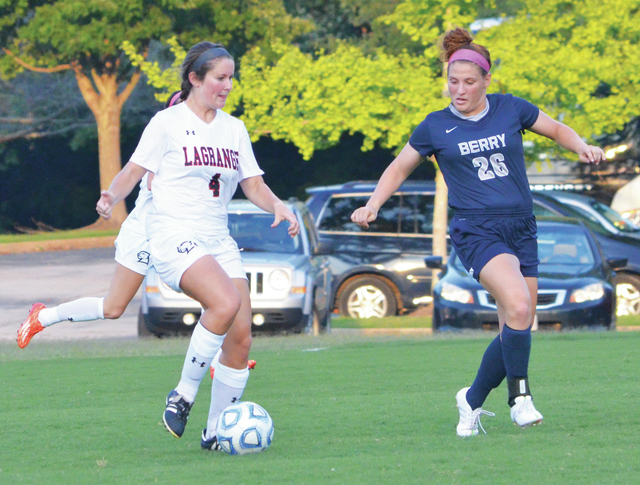 After two close road losses to begin the season, the LaGrange College Panthers made their home debut on Wednesday against Berry College.

The Vikings got a goal less than two minutes into the game, and they rolled from there on the way to a 7-0 victory.

It was a 3-0 game at the half, and Berry College added four more goals in the second half.

The Panthers were limited to four shot attempts, and Ashley Jacobson and Andrea Richard each had a shot on goal.

Goal keepers Jesse Grogan and Saige MacLeay were busy, with the two freshmen combining for 14 saves.

A nice crowd was on hand for the home opener, and the LaGrange College men’s players were among the fans supporting the Panthers.

LaGrange College will continue to tune up for the start of conference play with a game at Judson (Ala.) on Friday.

After visiting Emory next Wednesday, LaGrange College begins its USA South schedule with a home game against William Peace on Sept. 19.

LaGrange College’s men’s team, which is 0-3, will play a pair of games in Sewanee, Tenn. this weekend.

After playing Hampden-Sydney at 5:30 p.m. on Saturday, LaGrange College will play the host team Sewanee on Sunday at 3:30 p.m.

The Panthers will also play William Peace in their conference opener on Sept. 19.