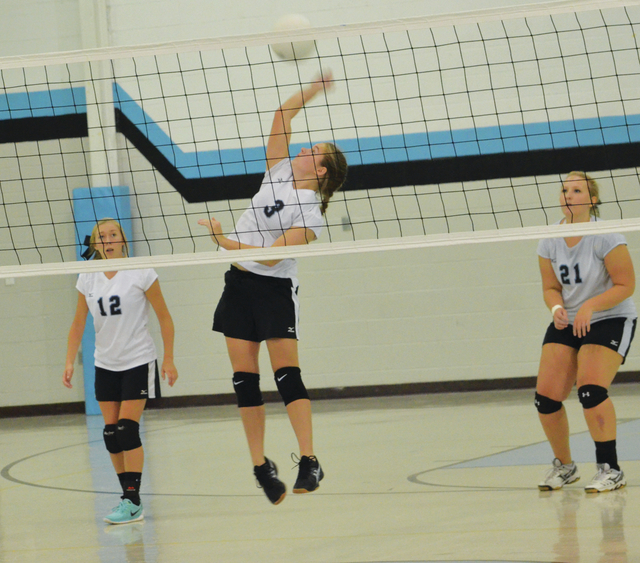 LAGRANGE – It wasn’t as crisp a performance as Lafayette Christian School volleyball coach Rene Gomez was hoping for, but a win’s a win.

It was an important win for the Lady Cougars, who had dropped their first two region matches of the season, including a hard-fought road loss to Heirway Christian on Tuesday.

Lafayete Christian School is a member of the Georgia Independent Christian Athletic Association.

“We were pretty good as far as keeping the pressure on the other team,” Gomez said. “I just wish we would have played a little sharper.”

Gomez said it was a sloppy performance at times against an under-manned opponent.

“We felt we were the better team, the more skilled team, but we really weren’t playing up to the level that we have been showing,” Gomez said. “We had serves in the net, we had balls falling between two players. Some of it had to do with the speed and the tempo of the game was kind of slow. We were able to make enough plays to win.”

After dropping the first two region games, though, Gomez knows how critical it was to get Thursday’s win.

“We’ve got a region win under our belt, and we really needed that,” Gomez said. “We’re 1-2, and hopefully it’ll get better from here.”

That win came on the heels of Tuesday’s loss at Heirway in a match where all three sets were right down to the wire.

“We had some uncharacteristic type mistakes,” Gomez said. “To beat that good of a team, we have to be firing on all cylinders, and we just had some mistakes. But I was still happy with the way we performed, because we were able to hang tough and defend and play well.”

In Thursday’s match, Jenna Vedrenne had five aces, and Beth Ann Wyzykowski added to her team-lead in the kill department with five.

Gomez said the team has some critical matches coming up next week, including two against region opponents.

“Hopefully we’ll be playing a little better,” Gomez said. “We’ll have practice (today), and we’ll address some things that we definitely need to work on. Hopefully we’ll rebound a little bit.”