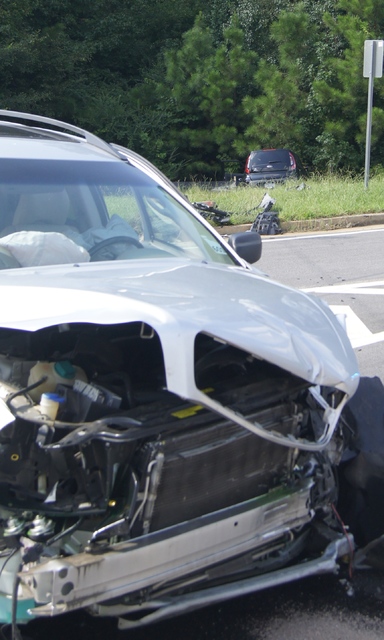 PINE MOUNTAIN — A 7-year-old girl was in critical condition Friday evening in an Atlanta hospital after the car she was riding in was hit by a truck on Hamilton Road near Old Chipley Road in Pine Mountain about 5 p.m. Friday afternoon.

According to Sgt. Brad Walker with the Georgia State Patrol, a Nissan Sentra traveling northbound on Hamilton Road was trying to turn left into the driveway of the Hammitt Automotive shop at 6590 Hamilton Road. The driver of the Sentra told the trooper he saw a vehicle coming up fast behind him and thought it was going to hit him, so he turned, which put the car in the path of a black Dodge pickup truck.

Walker said the truck struck the right side of the Sentra just above the passenger tire, causing the car to rotate and slide into a nearby ditch.

The little girl, who was identified as the driver’s niece, was sitting in the back passenger seat area where the truck hit the car. Walker said she had head injuries and was flown out to Children’s Hospital of Atlanta at Egleston.

Another woman, identified as the driver’s aunt, was sitting in the front passenger seat and also sustained head injuries when she slammed into the windshield of the car, stated Walker. That woman was transported to West Georgia Medical Center for treatment. Her condition was unavailable as of press time Friday evening.

Walker said neither driver was hurt in the collision.

First responders drew blood from both drivers to check for any alcohol or drugs, which is standard in this type of accident, Walker added.

He also said, as of Friday afternoon, the driver of the Sentra would receive a citation for failure to yield.

Several other wrecks were reported in the afternoon, causing severe traffic backups and some injuries.

Those included a second wreck on Hamilton Road with injuries reported about 6:30 p.m., but no further details on it were available Friday evening. Georgia State Patrol was investigating.

Another wreck between two vehicles about 3:30 p.m. snarled traffic, but none of the occupants were seriously injured. A northbound Kia Soul ran a red light and hit a silver Volvo XC90 on New Franklin Road at Ann Bailey Way, according to a Georgia State Patrol trooper on scene.

The wreck snarled traffic on the road for less than an hour.

Check back to lagrangenews.com and Monday’s print edition for more information on these incidents.