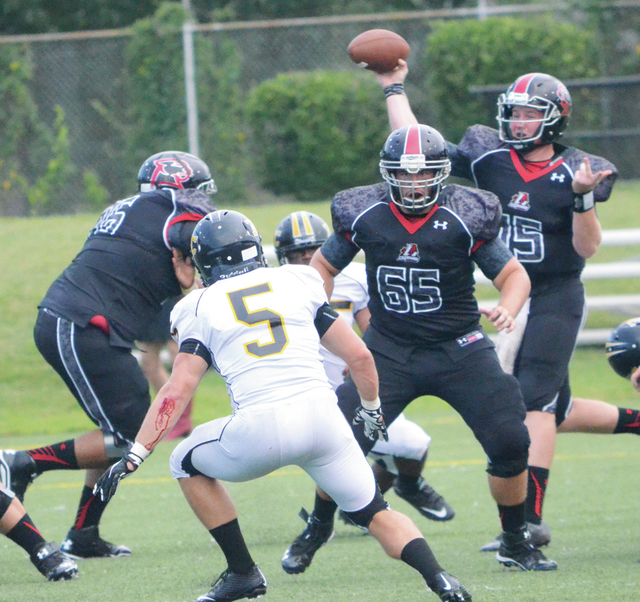 LAGRANGE – Berry College is breaking in its new football stadium today, and LaGrange College will be the guest of honor.

Berry College’s new stadium, Valhalla, will be unveiled today as the host Vikings and the Panthers meet at 6 p.m.

It will be the second game of the season for both teams.

While LaGrange College lost a 29-28 heartbreaker to Birmingham Southern last week, Berry opened with a 43-17 loss to Maryville.

A year ago the two teams faced off at Callaway Stadium, and LaGrange won a thriller, 28-27 in double overtime.

After the Vikings scored a touchdown in the second overtime to get within one, they tried to win it with a two-point conversion, but it was unsuccessful.

Berry College, which is heading into its third season as a program, is led by head coach Tony Kunczewski, who was the defensive coordinator at LaGrange College from 2006 to 2011.

Kunczewski was a part of the first ever LaGrange College coaching staff.

“Coach K, who used to be here as the defensive coordinator, he’s a great guy, and he’s really done a tremendous job with that program,” LaGrange College head coach Matt Mumme said last week. “It hasn’t necessarily shown for them on the side of a lot of wins, but they’re really young, they’re only two years into the program, so were going to see a lot of sophomores and juniors this year.”

In last year’s game, Berry College pushed LaGrange College to the limit before falling one point short, and Mumme was impressed with what he saw.

“They played us really hard into double overtime last year, and their guys don’t make a lot of mistakes,” Mumme said. “That’s what impresses me most about what coach K does is just getting those guys in the right situations. We’ll have our hands full. We need to go up and take care of business.”

The Panthers looked like they were on their way to taking care of business a week ago.

The Panthers had a 21-3 lead at the half, and after a rough third quarter, they found their footing and had a 28-16 lead early in the fourth quarter.

Birmingham Southern scored the game’s final 13 points, though, to rally for the 29-28 victory.

Trailing by six, Kerrigan Pennington returned an interception return for a touchdown with 2:42 remaining, and the extra point gave Birmingham Southern the one-point lead.

LaGrange College was able to do anything on its ensuing possession, and Birmingham Southern ran out the clock following a punt.

There were plenty of bright spots in the loss, including the performance of sophomore quarterback Connor Blair, who completed 30-of-48 passes for 367 yards and three touchdowns.

In what has become a hallmark of Mumme’s “Air Raid” offense, a lot of different players were involved in the offense.

Nine different players caught at least one pass, including Josh Hardrick, who had eight catches for 90 yards with three touchdowns.

“Our receivers just did a tremendous job getting into the holes, and our O-line did a great job giving Connor the time he needed to find those holes,” Mumme said. “We really had a lot of success throwing the ball, and moving it around to a lot of receivers.”

Nick Searcy led the Panthers with 21 rushing yards and a touchdown.

An offensive line that only has one returning starter did a terrific job and didn’t allow a sack while giving Blair plenty of time to throw.

“When you’re going to throw the ball 40 or 50 times, not to give up a sack, that’s pretty impressive,” Mumme said.

Defensively, Nick Raszeja led the way with seven tackles and one sack, and Brandon Penn, Darius Jordan and Demetrius Rodgers each had six tackles, and Rodgers led the way with 2.5 tackles for loss.

Jordan, who was making his collegiate debut as a defensive back after playing wide receiver previously, had an interception, a pass breakup, a quarterback hurry and a tackle for loss.

There were plenty that went right a week ago, but Mumme said “there was a lot for us to fix out of the second half. Hopefully the kids are getting that, and these young men will respond in the way they need to.”