It’ll be a full slate of games this week 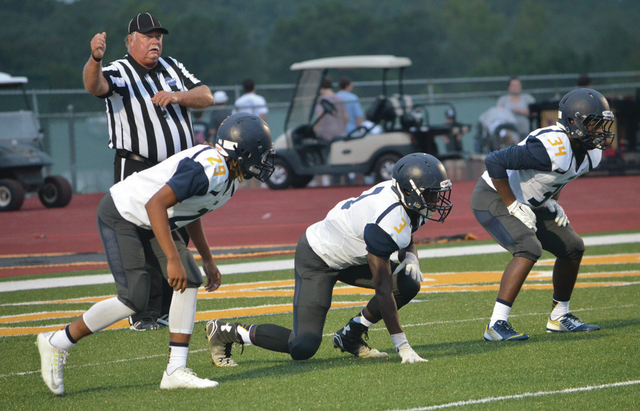 LaGrange High’s defense will face a tough challenge on Friday with a game at Mary Persons. Kevin Eckleberry | Daily News

http://lagrangenews.com/wp-content/uploads/sites/37/2015/09/web1_LHS1.jpgLaGrange High’s defense will face a tough challenge on Friday with a game at Mary Persons. Kevin Eckleberry | Daily News The Troup Tigers will look for their first win when they host Carver on Friday. Kevin Eckleberry | Daily News

http://lagrangenews.com/wp-content/uploads/sites/37/2015/09/web1_troup1.jpgThe Troup Tigers will look for their first win when they host Carver on Friday. Kevin Eckleberry | Daily News

The Callaway Cavaliers and LaGrange Grangers were off last week, and they’ll both be back on the field this week as they look to improve on their 2-1 records.

Troup, which fell to 0-3 with Friday’s loss to Harris County, will be in action this week as well as it looks for a breakthrough win, and Lafayette Christian School (2-1) will try to bounce back from its first loss of the season.

Callaway is coming off a dramatic, come-from-behind victory over Heard County on Sept. 4.

The Cavaliers (2-1) dropped their season opener to the Grangers, but they’ve won two in a row since then, and they’ll have a chance to make it three in a row on Thursday when they host the Harris County Tigers.

Harris County has had Callaway’s number the past few seasons.

In 2013, Callaway only dropped one game in the regular season, and it was to Harris County.

In a game played at Callaway Stadium, Harris County was dominant and it rolled to a 31-12 victory.

A year ago the two teams played in Hamilton, and Callaway had a 17-0 lead late in the first half.

Harris County got a touchdown with five seconds left in the half to make it a 17-7 game, and it rolled in the second half on the way to a 35-17 victory.

In this week’s other game at Callaway Stadium, Troup will play the also tough Carver Tigers on Friday night.

Carver (2-1) opened with wins over Carver-Atlanta and Spencer before getting throttled by Creekside 51-20 on Sept. 4.

A year ago in Columbus, Troup and Carver played a wildly entertaining game.

Troup scored a late touchdown to get within two, but the two-point conversion attempt was unsuccessful, and Carver hung on for a 43-41 win.

Troup had more than 500 yards of offense in that game, and it scored six touchdowns, three in the air, and three on the ground.

Tremayne Tolbert and Travis Johnson each caught touchdown passes against Carver a year ago, and Camren Russell, Mess Bonner and Dexter Shealey had scoring runs.

All five of those players will be suited up when Troup and Carver meet Friday night.

LaGrange (2-1) will face a big-time challenge on Friday when it visits Mary Persons.

Mary Persons is off to a 3-0 start, and one of those victories came against Washington County, which played for a state championship a year ago.

In eight-man football, Lafayette Christian (3-1) will be coming off its first loss of the season when it hosts Praise Christian Academy on Friday.