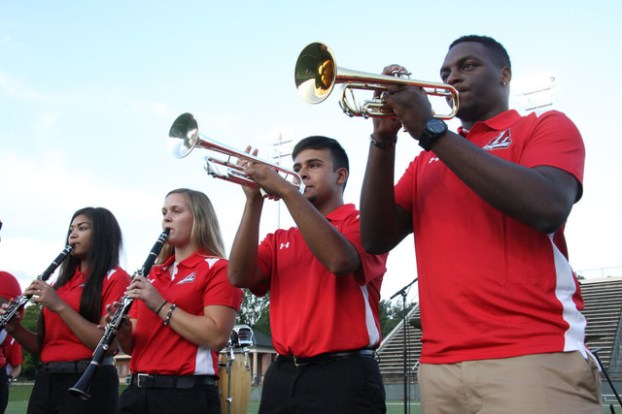 Smith put in motion the idea to create a band program. The program is the first in the college’s history.

“By being the first group, we get to set the tone for what it’s going to be in the future” said Smith, an alumnus of LaGrange High School.

The growing group currently holds 20 wind players but hopes to include majorettes and color guard in the next few years.

“I think we’re really going to bring more culture into the school, more enjoyment, more entertainment, and I think once we recruit a whole bunch of people it will be something that can be enjoyed even more. So I can’t wait for that,” said Gabriel Alexander, a freshman clarinet player who majors in law.

The band will perform at football games and other college events. Students around the campus will receive a heavy dose of school spirit as the band begins participating in different events. The students participating in the band are also learning positive life lessons from the experience.

The band program will consist of different sections including concert band and jazz band.

“It can become something really good for the whole community, not just the college,” said Smith. “If we work really hard, in a few years we’ll be surprised, we’ll be amazed at what it will turn into.”