LaGrange gets one-sided win over Carver 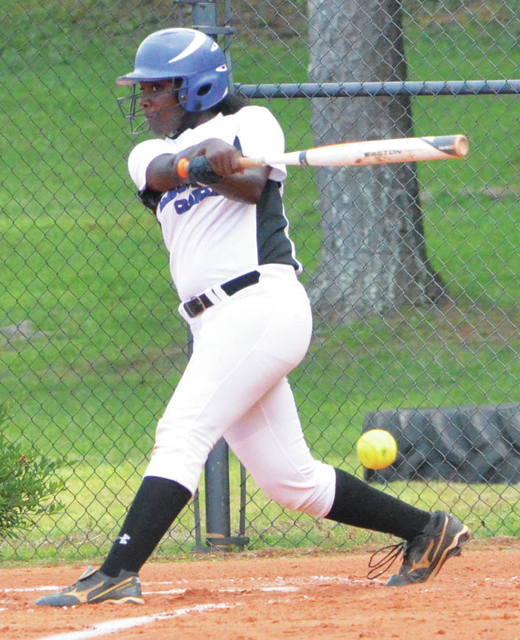 LAGRANGE – Coming off a difficult weekend where they dropped all five of their games in the Trojan Slam in Carrollton, the LaGrange Lady Grangers got back on the winning track with a 15-0 home win over Carver on Tuesday.

It was a key win for the Lady Grangers, who evened their Region 1-AAAAA record at 3-3.

Heading into Tuesday’s game, the Lady Grangers had dropped nine consecutive games, including five in a row on Friday and Saturday in the Carrollton tournament.

Head coach Dewey Lee said his message to the players has been the players who can best help the team win will be the ones on the field.

Lee said he and the other coaches are trying “to teach them how to win a ballgame, how to do the little thing. I always tell them, make me a good play. I don’t need a great play, I just need a routine play to get me out of an inning.”

In Tuesday’s game, the Lady Grangers scored 15 runs despite getting just four hits.

There were nine walks, and nine hit batters, giving LaGrange a whole bunch of base runners in a game that lasted just three innings because of the run rule.

Lauren Kuerzi, who was on base four times, had a hit and an RBI, and Destiny Fitzpatrick, Leighton Parker and Cassidy Creek had the other hits.

McLain Skinner was dominant on the mound, giving up one hit while striking out seven in her three innings on the mound.

LaGrange will host Carrollton today in a rematch of a game from Saturday.

In its fourth game in the Trojan Slam, LaGrange fell to Carrollton 11-7.

LaGrange will get back into region play on Thursday with a game at Northside.