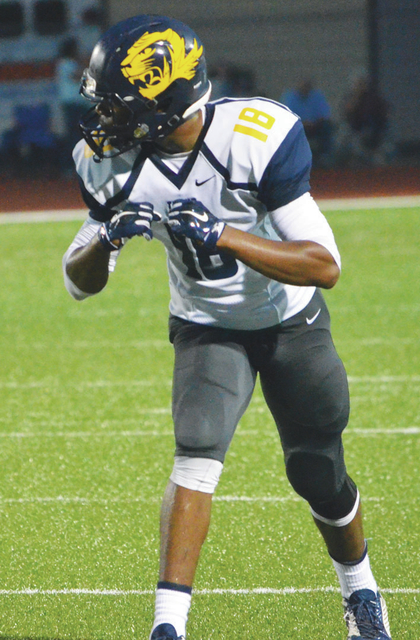 LAGRANGE – A year ago when Troup and Carver squared off they combined for more than 1,000 yards of offense and 93 points.

Troup got within two with a late touchdown, but a two-point conversion attempt failed, and Carver held on for the close win.

Tonight at Callaway Stadium, those two teams will meet again, and Troup is hoping to find a way to close the deal against Carver this time around, but it won’t be easy.

Carver, one of the state’s premier programs over the past decade or so, will bring another strong team to Callaway Stadium tonight, with Pass once again directing the offense.

“We’ve got a tough Carver team coming in here,” Troup head coach Tanner Glisson said. “The quarterback they’ve got is committed to Louisville, and he’s going to be really good and a tough test for us.”

Troup comes into the game searching for answers after falling to 0-3 with last week’s 38-13 loss to Harris County.

The Tigers took their first lead of the season by scoring a touchdown on the opening possession, and even though the extra-point attempt was blocked, they had some momentum.

Then on the ensuing kickoff, Harris County got a return for a touchdown, and the extra point put Troup in a 7-6 hole.

Troup’s next possession ended with a fumble, and Harris County scored another touchdown.

By the time the first half ended, Harris County had a 28-6 cushion, and it built that lead to 35-6 early in the second half.

From that point on, Troup played much better.

The Tigers had a scoring drive of more than 90 yards in the second half, and after scoring a touchdown on its first possession of the second half, Harris County was limited to a field goal the rest of the way.

The damage was done, though.

“We didn’t even have time to build off the momentum (of the early score),” Glisson said. “And I think when it goes bad it goes bad and those things happen to you, so we’ve got to find a way to stop that, and put our fingers in our leaks in the dam and try to hold on and weather that kind of thing.”

Troup did have its best offensive game of the season against Harris County.

On their opening possession, the Tigers went 74 yards in six plays, with Shealey eventually scoring on a 16-yard run.

Camren Russell got a big chunk of yards on the drive with a 34-yard carry.

Throughout the rest of the first half the Tigers continued to move the ball well, but they were done in by turnovers and some costly penalties that wiped out big gains.

In the second half, Troup put together an 11-play, 93-yard drive that ended with a Russell 5-yard touchdown run.

Mess Bonner carried the ball five straight times on that drive, and Shealey completed a third-down pass to Tremayne Tolbert to keep the drive alive.

The Tigers competed and did some good things against Harris County, and they’ll try to keep making progress tonight.

Whatever happens today and beyond, Glisson is confident the framework is in place to build a successful program.

“There are things going on that are positive, that are Year 1 foundation type things, that two or three years from now we’ll look back at this time and say man we made it through it, and it didnt kill us, and we’re better for it,” Glisson said.