Cougars look to bounce back from first loss 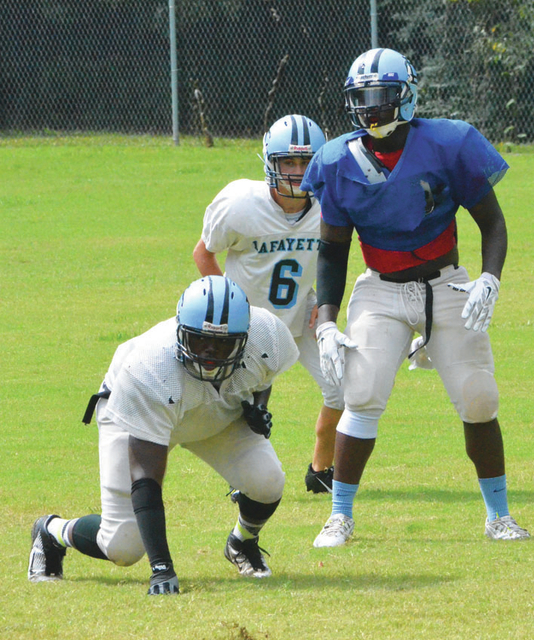 The Lafayette Christian School Cougars, coming off their first loss of the season last week, will be at home today to take on Praise Christian Academy, and it will be the school’s homecoming.

After opening with three straight wins, the Cougars went on the road and lost to Harvester Christian Academy 26-10 a week ago.

The Cougars took the early lead on a 20-yard field goal by Morgan Channell, but by the half they were down 12-3.

Lafayette Christian got within two on a Jemi Reed touchdown run and a Channell extra point in the third quarter, but the rest of the game belonged to Harvester Christian.

“We just made mistakes, turned the ball over three times, and just did not play physical, did not play clean, and that was the result,” Lafayette Christian head coach Nate Shaw said.

It was a disappointing loss, but Lafayette Christian may get a chance for some payback if the same two teams meet in the Georgia Independent Christian Athletic Association state playoffs, which is a strong possibility.

“I’m not super concerned about going undefeated, I just want to be there in the end,” Shaw said. “That’s what we told our kids all year.”

While everything the team hopes to accomplish is still possible, that didn’t make last week’s loss any easier to digest.

“They were pretty emotional after the loss, very upset, as they should be, becuse they put a lot into what goes on, and when it doesn’t work out for you, it’s very disappointing,” Shaw said.

“Turnovers of course play a big key,” Shaw said. “We lost the turnover battle big-time. It was a good learning opportunity for us, and we’ll get a chance to see how our kids will respond.”