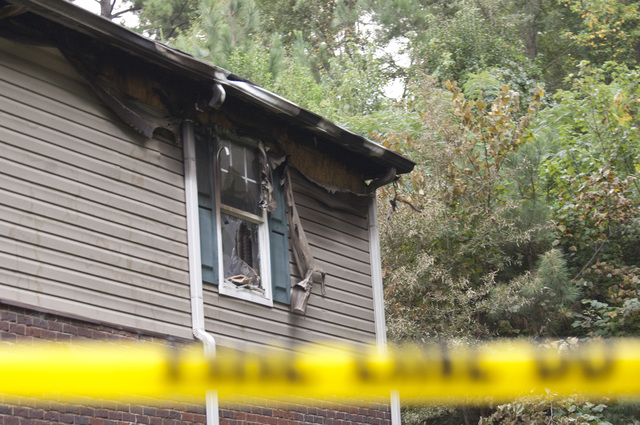 Plastic siding can be seen melted off an apartment building in the Valley Ridge complex on Mooty Bridge Road this morning. A fire there Sunday displaced residents and caused damage.

http://lagrangenews.com/wp-content/uploads/sites/37/2015/09/web1_0921Fire01.jpgPlastic siding can be seen melted off an apartment building in the Valley Ridge complex on Mooty Bridge Road this morning. A fire there Sunday displaced residents and caused damage.

LaGRANGE — Some units at the Valley Ridge apartment complex at 950 Mooty Bridge Road were destroyed after flames and smoke tore through at least one of the buildings early Sunday afternoon.

LaGrange Fire Department Lt. Chris Taylor said Sunday evening at least two units — possibly more — were destroyed in the blaze and an undetermined number of people would be displaced until they could find new housing.

LFD firefighters worked to battle the blaze and hot spots for hours Sunday afternoon and into the evening.

Taylor said Sunday it was still too early to determine the cause of the blaze. No one was seriously injured in the fire.

The apartment fire was not the only blaze firefighters had to battle. Taylor said it was an unusually busy weekend for the LaGrange Fire Department after they fought two back-to-back house fires Saturday evening; both started in the kitchen area.

According to Taylor, the first house fire was reported around 5 p.m. at a multi-family home in the 100 block of Lafayette Court.

When firefighters arrived, they found smoke pouring out of the front of the house, stated Taylor.

One of the homeowners managed to knock down some of the flames with a fire extinguisher and firefighters got the rest of the fire under control in less than five minutes, Taylor said.

According to the report, the blaze was contained to the kitchen area, but the smoke and heat damaged the rest of the apartment.

LFD investigators said the fire started due to unattended cooking and caused around $3,500 worth of damage.

Taylor said the second fire call came in around 5:55 p.m. for a blaze at duplex home in the 100 block of East Crovat Street.

When firefighters arrived there, they found smoke coming out of the attic. According to Taylor, when firefighters entered one of the apartments, they discovered smoke and flames shooting out of a kitchen area.

The crew quickly brought the fire under control and determined no one was inside either home, stated Taylor.

One apartment sustained at least $7,500 worth of damage and those occupants had to find temporary shelter, Taylor said.

The report said the exact cause of the fire was still under investigation.