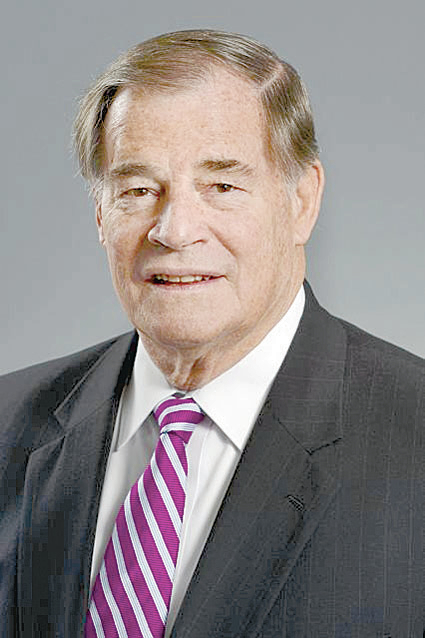 Within the past few days two “major” polls were released that “might” show some interesting trends in the preferences among voters.

However, the words major and might need examining such as being careful not to read too much into these polls. Nonetheless, the Fox News headline following the release of these polls is “The Doctor is in Trump’s House.”

The Washington Post/ABC News poll was out Sept. 14, 2015, covering the results of their polling of 1,003 voters during the period of Sept. 7 to 10 and showed Donald Trump with 33 percent and Dr. Ben Carson with 20 percent. On Sept. 15 the New York Times/CBS News poll conducted Sept. 9 to 13 showed Trump with 27 percent and Carson with 23 percent.

Let’s stop here to draw one conclusion, which is polling is often very unreliable.

Statisticians will quickly take exception to my above conclusion by saying that at least for the NYT/CBS poll that it is accurate within a range of plus or minus 6 percentage points. If you extend that it could mean Carson is as low as 17 percent and Trump is as high as 33 percent in that poll, so the headline of “In New Poll Ben Carson Pulls Alongside an Idling Donald Trump” loses significant meaning.

I think at this early stage we can draw another conclusion that there are a lot of voters who are very unhappy with the state of our country! Among Republicans 60 percent reportedly favor someone outside the political establishment, but, not surprisingly, only 25 percent of Democrats feel that way.

I say not surprisingly since there are no viable Democrat presidential candidates who are outside the political establishment while the Republicans have Trump, Carson and Carly Fiorina. Some may quickly challenge this by asking what about Bernie Sanders?

While he has created that impression given his far left views, he has been a U.S. senator since 2007 and before that was a member of the U.S. House of Representatives for 16 years, so he is certainly not an outsider.

If the Republican presidential candidates who are part of the political establishment want to blame someone for their poor showings, they need look no further than the Republicans in Congress who receive VERY poor ratings from voters, as do Democrats in Congress.

Another reason to largely discount polls at this time is that we are still 10 months away from the July 18, 2016, Republican Convention followed the next week by the Democrat Convention and almost 14 months from the presidential election. In politics this is an eternity because so much can happen.

In my opinion the best example of how quickly voters change their mind is that in March 1991 President George Herbert Bush had a popularity rating reaching as high as 90 percent; contrast that to President Obama’s present 46 percent.

However, Bush lost his 1992 re-election bid to political unknown Gov. Bill Clinton, getting only 38 percent of the vote versus Clinton at 43 percent and Ross Perot (remember him?) who got 19 percent.

There have been a lot reasons given for this, including a belated recovery from a recession during his first term, running a lackluster campaign and his famous quote of “read my lips: no new taxes” only to raise taxes. By the way, if Hillary Clinton is still a presidential candidate in the months ahead, be assured her comment during the Benghazi Hearings of “what difference at this point does it make” could have an equally devastating effect.

Perhaps most consequential in regard to the Bush loss was the effect third-party candidate Perot had. Most agree had he not been on the ballot Bush would have gotten most of those votes, perhaps enough to win. This is why Trump’s decision to sign the pledge to not run as a third-party candidate is good news for whomever gets the Republican nomination.

Another influencing factor on who ultimately gets their party’s nomination is who the other candidates are. As an example, if Vice President Joe Biden decides to run, Sanders and Clinton both lose in the polls, but if he decides not to run, Clinton’s percentage favoring her go up substantially more than they do for Sanders.

Net/net let’s see what happens without having too much angst about the latest poll.

Columnist: An early holiday gift suggestion to ease the…