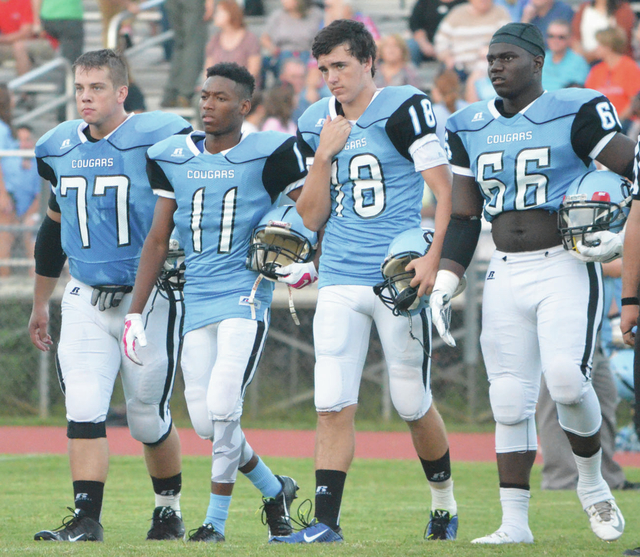 The Cougars, who have dropped two consecutive games, will be at home tonight for their region opener against the Central Christian Crusaders in an eight-man football game.

That will be the first of three region games for the Cougars, who have reached the halfway point of the regular season with a 3-2 record.

After opening the season with three straight wins, the Cougars have lost back-to-back games to Harvester Christian and Praise Christian.

The Cougars had an 18-0 lead in the first half on homecoming, but that lead was down to six by the half, and they ended up losing 40-18.

“We played incredibly hard, and I would say we were the more physical team overall, so I’m trying to take the positives out of this,” Lafayette Christian head coach Nate Shaw said.

“When you lost the big mo, it’s hard to overcome,” he said.

The Cougars dominated the game early.

Antavious Sands had two touchdown runs in the first quarter, including one that covered about 30 yards, and the Cougars were ahead 12-0.

In the second quarter, the Cougars built that lead to 18-0 when Lane Brooks caught a touchdown pass from Sam Marshall.

By the half, Lafayette Christian’s lead was down to 18-12, but “we were still in the driver’s seat” according to Shaw.

The second half belonged to Praise Christian, though.

The Cougars have moved on, and they’re prepared for another tough task tonight.

Central-Christian, which used to be known as Heritage Christian, will bring a strong team to LaGrange for tonight’s game.

“It’s going to be a good ballgame for us,” Shaw said. “It’s another good team, and a good challenge.”

Shaw said Central-Christian features a quarterback who is being recruited by a handful of colleges.

“They have a really good quarterback. He has a tremendous arm,” Shaw said. “They’re big. They don’t run a lot (of plays), but what they run they run very well.”