Country artist to perform at Paint the Town Pink 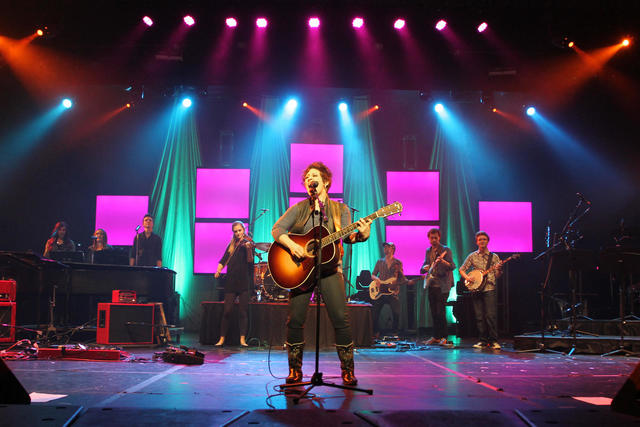 Country artist Sarah Peacock performs at a 2015 concert in this undated photo provided from her website. Peacock will perform 11 a.m. and 12:10 p.m. on Lafayette Square during Saturday’s Paint the Town Pink event, set for 9:30 a.m. to 12:30 p.m.

http://lagrangenews.com/wp-content/uploads/sites/37/2015/09/web1_PTTP.jpgCountry artist Sarah Peacock performs at a 2015 concert in this undated photo provided from her website. Peacock will perform 11 a.m. and 12:10 p.m. on Lafayette Square during Saturday’s Paint the Town Pink event, set for 9:30 a.m. to 12:30 p.m.

LaGRANGE — An award-winning country music singer is slated to perform in downtown LaGrange during the Paint the Town Pink event Saturday.

Nashville-based musician Sarah Peacock will perform her song “Strong,” which was written to raise awareness of breast cancer, according to a press release from Pure Life Studios, where Peacock will again perform later in the day.

The song points out that friendship is what gives cancer patients and caregivers the strength to keep fighting – the only choice is to be “Strong,” the song notes. Peacock is scheduled to perform 11 a.m. and 12:10 p.m. on Lafayette Square. Two tickets to her 7:30 p.m. concert at Pure Life Studios on Saturday will be given away during the downtown performance, said Maggie McDonald, Pure Life Studio’s organizer.

“I love to host Sarah (at Pure Life Studios), she’s a powerhouse and people love her,” McDonald said. “She responds well to people and has a good rapport with the people of LaGrange. … This is going to be her fourth visit with us. She’s usually sold out; she does well.”

McDonald said although Peacock identifies as a country music artist, her tunes have a rock tinge.

“She claims to be country, but when you listen to her, she sounds kind of country-rock,” McDonald said. “She’s kind of a cross between Melissa Etheridge and Pat Benatar. Maybe a little Reba in there. She’s really strong. She’s all over the board.”

In June 2014, Peacock showcased at Nashville’s Country Music Awards Festival. Her song “Hurricane” won best song in the 2014 American Songwriting Awards, and her song “Beautiful” was a winner in the 2014 Unsigned Only Competition.

She was named The Listening Room Network’s Artist of the Year and recently received endorsements from Taylor Guitars and DR Strings. This summer she recorded new songs with Nashville producer Ken Coomer and was a recent special guest with county musician Gary Allen.

Peacock also works to educate students on the importance of anti-bullying efforts, and wrote a song titled “Cool Kids,” which she performs for students.

To reserve a seat or for more information about the concert, visit Pure Life Studios on Facebook, or contact Maggie McDonald at maggie@purelifelagrange.com or by sending a text message to 706-443-4838.