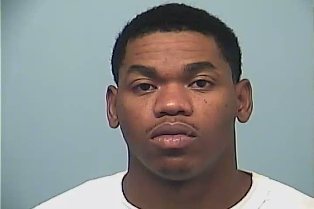 LaGRANGE — A domestic situation turned dangerous Sunday around 4 a.m., when a mom returned home to find her 4-month-old baby had allegedly been kidnapped by the child’s father.

The infant was unharmed.

The mother told LaGrange police officers she left the baby in the care of another person at an apartment in the first block of North Cary Street.

The woman said the child’s father, Xavier Warrior, 20, and his brother, Zandale Warrior, 23, allegedly forced their way into her residence and assaulted the caretaker by kicking and striking him with their hands and fists, resulting in visible injuries, according to a police report.

The report said the two brothers then took the infant from the North Cary Street apartment.

LPD Lt. Dale Strickland said the men then dropped the baby off at a friend’s home in the Tall Pines Apartment complex on Turner Street. The friend immediately called the mother and told her the baby was at her place, Strickland stated.

Detectives are still looking for both brothers. If caught, they could face charges of kidnapping, burglary and battery.

The case is still under investigation.

Anyone with any additional information regarding this incident is asked to contact the LaGrange Police Department at 706-883-2603 or Troup County Crime Stoppers at 706-812-1000. You can text an anonymous tip to 274637, keyword “LAGRANGE” or submit them online at www.facebook.com/lagrange.police.