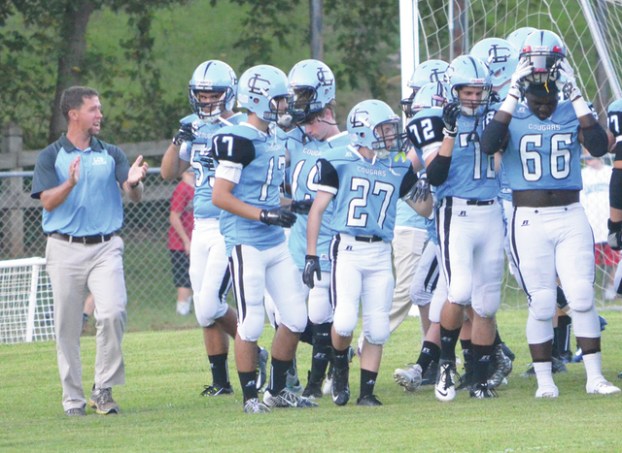 The Lafayette Christian School Cougars will be on the road today as they look to end a three-game losing streak. Kevin Eckleberry | Daily News

http://lagrangenews.com/wp-content/uploads/sites/37/2015/10/web1_10-2-cougars4.jpgThe Lafayette Christian School Cougars will be on the road today as they look to end a three-game losing streak. Kevin Eckleberry | Daily News

LAGRANGE – It has been a season of streaks for the Lafayette Christian School Cougars.

After opening the season with three consecutive wins, the Cougars (3-3) have dropped their past three games, including last week’s wild game against Central Christian.

After trailing by 15 points in the second half, the Cougars rallied to tie it at the end of regulation before losing 58-56 in overtime.

It was a costly loss for the Cougars since it was their region opener.

Today’s opponent will be Shiloh Hills Christian School, and the game will be played in Kennesaw.

“We’re looking to bounce back,” Shaw said. “They’re a team with a couple of good players, but this can be a good week if we play well.”

The Cougars have four regular-season games remaining, and two of them will be against region foes.

Shaw said the Cougars almost certainly need to win both of those region games if they’re going to qualify for the Georgia Independent Christian Athletic Association state playoffs.

It’s a four-team region, and the top two teams will make it to state.

“We need those wins,” Shaw said. “And we think we can win out. It’s possible. We could be 1-0 in the region very easily with a couple of plays.”

The Cougars have made it to the final four of the state playoffs the past two seasons, and despite the recent losses, they figure to be a dangerous opponent if they make it back to state this year.

In last week’s game, the Cougars showed a lot of fight just to get to overtime.

After making a big defensive stop in the final minute, the Cougars got in position to attempt a 48-yard field goal.

Morgan Channell, who has tremendous range, struck the ball well and it was on target, but it came up just a fraction short.

In overtime, both teams scored touchdowns, and Central Christian won it with a two-point conversion.

After today’s game, Lafayette Christian’s fate will be decided with back-to-back region games against Cross Pointe and Holy Ground.

If the Cougars win both games, their state-championship hopes will be alive and well, but if they lose one, they’ll almost certainly be on the outside looking in when the playoffs begin.