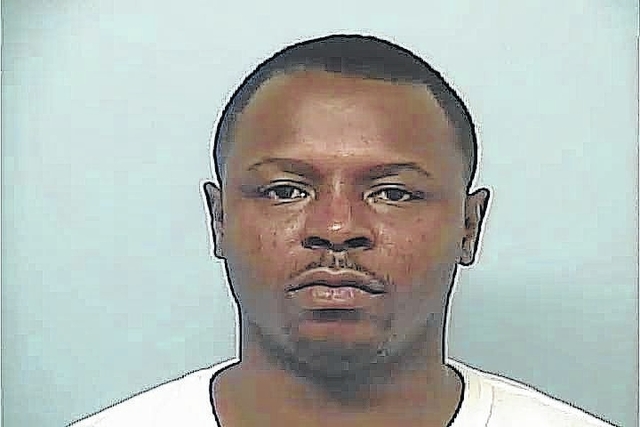 LaGRANGE — A man accused of murdering a 4-month-old baby made his first appearance in Troup County Magistrate Court on Thursday.

Brandon Lamonte Heard, 30, is charged with murder and cruelty to children in the first degree.

LaGrange Police Detective Andrea Scott told the court officers were called to the Whispering Pines Apartments, 1515 Hogansville Road, around 3 in the afternoon on Aug. 25. She testified that Heard, who was the boyfriend of the infant’s mother, Tawana King, at the time, was the primary caregiver for Skylar and lived in the apartment with the family.

Scott said emergency personnel rushed 4-month-old Skylar King to West Georgia Medical Center where he was pronounced dead. The detective stated an X-ray was performed at the hospital and showed the infant had multiple fractures to his skull.

According to Scott, Heard told LPD detectives he walked outside the apartment to smoke a cigar when Skylar fell off the bed and hit his head. Heard then said he picked the baby up and walked around the apartment for six or seven minutes even though there was “white froth” coming from the infant’s mouth and nose.

Heard allegedly said he screamed at the baby, “Don’t die on me! Not while I’m watching you.”

He told the detective he saw swelling on the side of the Skylar’s head, but instead of calling 911, he placed a cold cloth on the bump for awhile.

Scott said the infant’s body was sent off to the Georgia Bureau of Investigation for an autopsy. According to her testimony on Thursday, the baby’s skull was fractured from the front to the back, where a portion of it had completely burst open.

“It (the fall) could not have happened the way Mr. Heard said it happened,” she alleged in court. “He was arrested a few days later.”

Heard and Skylar’s mother allegedly both told police the baby was extremely fussy the day he died.

Scott said King was at work when Heard allegedly hurt the 4 month old.