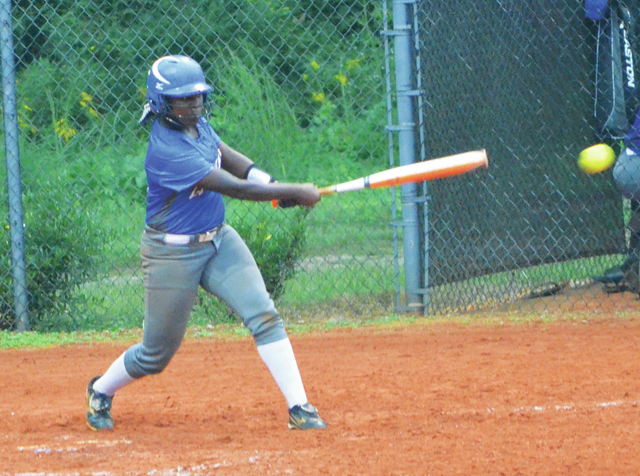 LAGRANGE – Harris County broke open a close game late on the way to an 8-1 victory over the LaGrange Lady Grangers on Thursday in the Region 1-AAAAA softball finale for both teams.

While Harris County finished in a three-way tie with Columbus and Northside for the region’s top spot, LaGrange was fourth in the region with a 6-6 record.

LaGrange will be the fourth seed for the region tournament, and it will play Hardaway on Tuesday in a first-round game.

It remained a tie game until the top of the fifth when Carson Anderson hit a three-run home run to give Harris County a 4-1 lead.

Harris County broke it open with four runs in the seventh inning.

In the second inning, LaGrange’s Shaq Sutton led off with a single, and she eventually scored when McLain Skinner reached on an error.

Cassidy Creed pitched a complete game for LaGrange, and she gave up seven hits.

VOLLEYBALL: In a region matchup on their home floor, the Lafayette Christian School Lady Cougars fell to Holy Ground on Thursday.

After losing the first two games, the Lady Cougars rallied to win the third game, but Holy Ground clinched the victory with a win in the fourth game.

‘They really played better than we did,” Lafayette Christian coach Rene Gomez said. “Tonight we were a little flat-footed, a little off in getting to the ball.”

“One of the things that happened tonight that hasn’t happened since the beginning of the season was, we would make some bad plays and it was like we shut down,” Gomez said. “We needed somebody to step up and make a big play to fire us up, and it never happened.”

With the loss, Lafayette Christian fell to third in the region, and Holy Ground moved up to second.

Lafayette Christian has one more week of regular-season games before the region tournament.

“Hopefully we’ll be able to finish off strong going into the region tournament,” Gomez said.

SOCCER: In a potential final-four preview, LaGrange Academy’s boys’ team wrapped up its home schedule with a 6-1 victory over North Georgia on Thursday.

If those teams both win their opening-round matches in the Georgia Independent Christian Athletic Association state tournament, they would meet in the semifinals next week at Clayton State University.

LaGrange Academy didn’t have much trouble in Thursday’s match.

Zach Callaghan had two goals and two assists for the Warriors, and Will Trotter had a hat trick with three goals and one assist.

Jake Keeble contributed one goal and he also had an assist.

“We played well,” LaGrange Academy coach Mike Petite said. “I was real happy with how well we played. You always want to make sure you take care of the seniors on senior night and send them out the right way.”

The Warriors led 3-0 at the half, and they built the lead to 6-0 before North Georgia scored a late goal.

“We had a chance to play a lot of players, a lot of bench players,” Petite said.

LaGrange Academy wraps up the regular season with a road game against Academe of the Oaks today, and the state tournament begins next week.

LaGrange Academy, which finished second in its region, will host a first-round game on Tuesday at 5 p.m.

The semifinals and championship match will be played at Clayton State University.

The final-four games are Thursday, and the championship game is the following day at 7:30 p.m.