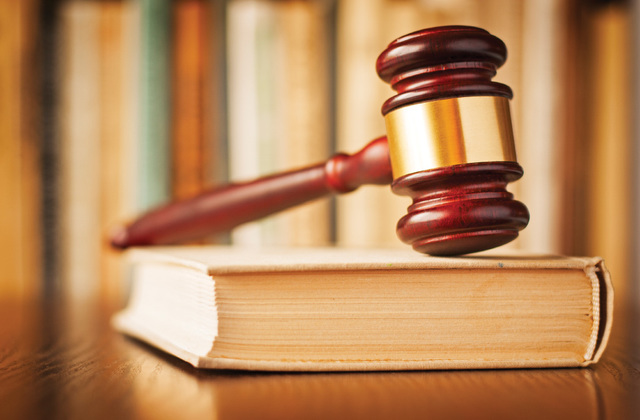 LaGRANGE — A man accused of kidnapping and attempting to rape a young woman in a remote area of the county made his first appearance in court on Thursday.

Troup County Sheriff’s Office Investigator Chase Darden said that on Sept. 14 a female left her workplace off Lafayette Parkway, met Patterson and asked him for a ride home.

The victim told investigators Patterson did not take her home, instead he drove her to two different sites off Smokey Road and County Line Church Road, performed sexual acts on her against her will and attempted to rape her.

Patterson allegedly also told the woman he was “high on white powder.”

Darden told the court at some point on County Line Church Road, the victim was able to grab Patterson’s cell phone, jump out of the moving vehicle and call 911 for help. She then walked to a nearby house until EMTs and deputies arrived on scene.

Darden said the woman suffered road rash to her arms and buttock area.

Deputies were able to locate the car used in the alleged kidnapping after it was found abandoned at 39 Thrash Road. The driver had backed over a mailbox. Darden said when deputies traced the car back to Patterson, he finally admitted to destroying the mailbox, but not anything else.

According to Darden, the inside of the car was processed for fluids by the Georgia Bureau of Investigation. TCSO investigators were still waiting for the results of those samples.

Patterson also faces charges of leaving the scene of an accident, hindering law enforcement officers, possession of an open container inside a vehicle and several other traffic violations in a separate incident. Trooper Brad Turner with the Georgia State Patrol took the stand and described the accident that allegedly involved Patterson on Aug. 30 off West Knott Road.

According to Turner, the driver of a pickup truck, whom was later positively identified as Jimmy Dale Patterson, was traveling down Knott Road, ran off the shoulder, over-corrected and hit a mailbox. Turner said Patterson then came back across both lanes of Knott Road onto the other shoulder, ran off the road and hit a tree.

Troopers found beer cans littered inside the vehicle, Turner said. Patterson was not at the scene.