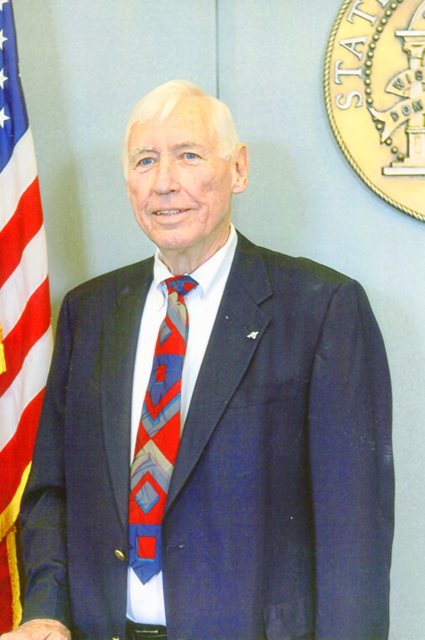 Bobby Traylor, 79, a lifelong resident of LaGrange, qualified earlier this month to seek re-election to the District 1C city council seat. He is being challenged by Mark Mitchell, a 30-year law enforcement official.

“There’s never been a time in 69 years that my family hasn’t had a business license in the city of LaGrange,” Traylor said. “We’ve contributed a lot to the city.”

Traylor’s parents owned a café on Hines Street from 1946 to 1981 when the state purchased the land to construct Lafayette Parkway, he said. In 1971, Traylor established Traylor Pawn and Jewelry. He retired in 2002 and his soon took over the business, he said.

As a council member, Traylor said he’s proud to have accomplished numerous projects during his tenure, including the revitalization of downtown LaGrange and Lafayette Square.

“There’s been numerous accomplishments,” he said. “One of the first things that comes to mind is that we got the old Post Office (on Main Street) and the old movie theater demolished and got a brand new 10-screen theater. We’ve got the new athletic club downtown and the parking deck across, which I’d say the majority of the money came from Callaway Foundation.”

He said he also helped push forward a project to replace the city’s aging natural gas lines, resulting in a savings of previously lost natural gas which was costing the city about $400,000.

Traylor has also served as the chairman of the fourth district of the Georgia Municipal Association, a 10-county region that spans between Troup to Lamar counties, Traylor said in a written statement. He also serves on the LaGrange-Troup County Chamber of Commerce board and serves as a chamber diplomat.

Between 1955 and 1959, Traylor served as a boatswain’s mate in the U.S. Coast Guard and oversaw hazardous cargo in the Port of New Orleans. He is a graduate of LaGrange High School and a member of First Baptist Church on the Square.

Traylor promised to make himself available not just to constituents in District 1, but for all residents of LaGrange.

“I will be as trustworthy the next four years as I have been during the past 20, listening and answering every call and concern you might have,” he said in a written statement.

He said he intends to participate in the upcoming candidate forum Oct. 12 at 6 p.m. at Del’Avant event center, 141 Main St. in LaGrange. The forum is open to the public and the event’s sponsor, the LaGrange-Troup County Chamber of Commerce, encourages voters to attend.

Traylor invites anyone with questions or comments to contact him by calling 706-881-5600, email him at pawnretired@charter.net or writing to him at 936 Malibu Drive, LaGrange, GA 30240.