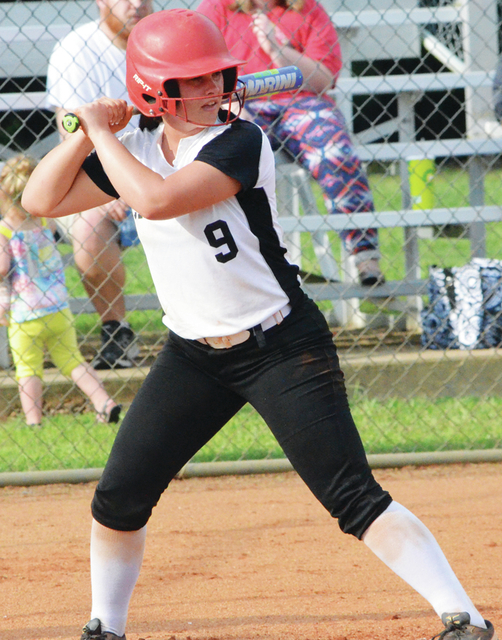 Callaway’s Brittany Mitchell had a game-tying, two-run double in the top of the seventh inning, but Pepperell won it 9-8 with a run in the bottom of the seventh. Kevin Eckleberry | Daily News

http://lagrangenews.com/wp-content/uploads/sites/37/2015/10/web1_10-6-mitchell.jpgCallaway’s Brittany Mitchell had a game-tying, two-run double in the top of the seventh inning, but Pepperell won it 9-8 with a run in the bottom of the seventh. Kevin Eckleberry | Daily News

CARROLLTON – It was an all-too familiar script for the Callaway Lady Cavaliers.

During the regular season, the Lady Cavaliers lost three of their region games by one run, and in each of those games they rallied from behind to either pull even or take the lead.

One of those losses came against Pepperell in August when Callaway came back from a 5-2 deficit to get even before losing 7-6.

On Monday in the opening round of the Region 5-AAA tournament, it was Callaway and Pepperell facing off once again, and it was another thriller.

Once again Callaway fought from behind to get even, but it was Cedartown pushing a run across in the bottom of the seventh inning to win 9-8.

It was another heart-breaker for the Lady Cavaliers, but they still have a chance of advancing in the double-elimination tournament and possibly earning one of the region’s four invitations to the state playoffs.

The Lady Cavaliers will play their second tournament game on Wednesday at 5 p.m. in Carrollton, and if they win that one, they’ll play at 7 p.m. on the same day.

Callaway needs to win both of those games to reach the semifinals and guarantee itself a spot in the state playoffs.

In Monday’s game, things were looking desperate for the Lady Cavaliers as they came to the plate in the top of the seventh inning trailing 8-5.

While things haven’t always gone the Lady Cavaliers’ way this season, they have shown plenty of resilience.

That attribute was on display on Monday after they fell behind 8-3.

In the seventh inning, after the Lady Cavaliers pushed one run across, senior Brittany Mitchell came to bat with the bases loaded and her team still down by two.

Mitchell, who hit a walk-off, game-winning home run late in the season against Haralson County, came through again on Monday with a two-run double that pulled her team even.

Callaway was unable to bring the go-ahead run in, and Pepperell came up in the bottom of the seventh inning in an 8-8 game.

The lead-off hitter reached on an error, and with two outs, a bloop base hit just over the third baseman’s head won the game.

“They fought back. They always do,” Callaway coach Ashley Summerlin said. “It just didn’t work out for us.”

Mitchell had a big day with three hits, including a pair of doubles, and Jessica Perkins had two hits and three RBIs.

Keshonna Terrell added a hit and an RBI, and Kelly Carlisle and Molly Hubbard both had a pair of hits, and Hubbard also had a walk.

Oeisha Jenkins, Skylar Rice, Lydia Bartlett and Mallory Gallaway each had one hit.

VOLLEYBALL: The Lafayette Christian School Lady Cougars have won two in a row.

Kate Stringham had a strong effort for the Lady Cougars with nine aces, 11 assists and a pair of kills.

In the win over Skipstone, Beth Ann Wyzykowski came through with 10 kills, and she had three blocks.

Wyzykowski has close to 100 kills and 20 blocks this season.