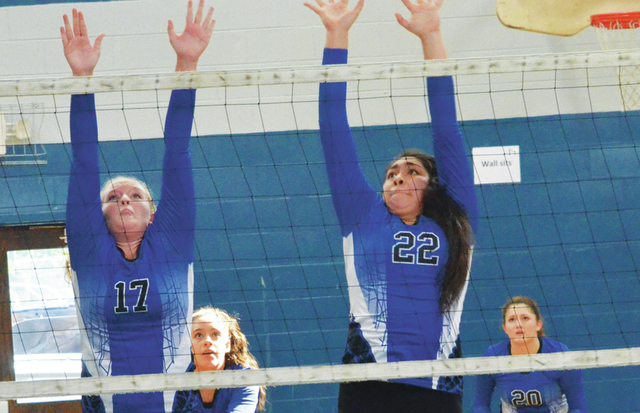 LAGRANGE – If the plan comes together, the LaGrange Academy Warriors will be celebrating a state soccer championship Friday night.

The Warriors play in the Georgia Independent Christian Athletic Association, and that league’s state tournament will be compressed into four days.

The opening-round matches will be today, and LaGrange Academy will host Academe of the Oaks at 5 p.m.

After the first round, the semifinal matches and the championship match will be held at Clayton State University in Morrow.

The semifinals will be Thursday, and the championship match is set for Friday at 7:30 p.m.

The Warriors have played for a state title the past two seasons, and they came up short both years.

The Warriors, who finished second in their region to Furtah Prep, are hoping to take it one more step this year and bring home a championship trophy.

First up will an Academe of the Oaks team that finished third in its region.

The two teams have played twice this season, and LaGrange Academy won both times.

After winning at home 5-0, LaGrange Academy went on the road and beat Academe of the Oaks 5-2 on Friday.

LaGrange Academy coach Mike Petite knows those previous two games won’t have any impact on what happens today, though.

“They’re going to be ready,” Petite said. “They’re not making this trip to lose. We have to be focused and ready to play hard.”

If LaGrange Academy wins today, it would play either North Georgia Christian or Oak Mountain on Thursday at 5:30 p.m. in the first of the two semifinal match-ups.

If LaGrange Academy makes it to the championship round, it could face a rematch against region foe Furtah Prep.

Those teams played twice in the regular season.

They tied the first time, and Furtah Prep won the rematch to capture the region title.

Whoever LaGrange Academy plays this week will be a familiar opponent.

“We’ve played everybody on both sides (of the bracket),” Petite said. “We wanted to make sure come playoff time we’d seen everybody at least once, and we’d be familiar with everybody going in.”

In the GHSA and the GISA, state tournaments are spread out over weeks, but not in the GICAA, and Petite said he’s fine with that.

“There’s no waste of time with this tournament,” Petite said. “We get it done. That’s how it goes. Which in a way is good. You’re not having to sit around and having a week’s worth of practices for one game. But it is a quick turnaround.”

SOFTBALL: LaGrange Academy will be one of 12 teams participating in the GISA state tournament that gets under way today.

LaGrange Academy will be in Valdosta for today’s opening-round game against Georgia Christian, with the first pitch set for 11 a.m.

The winner of today’s game will play David Emanuel, the number one seed from Region 2-AA, on Saturday.

The semifinals are on Oct. 13, and the championship game is Oct. 17.

In GHSA softball, the Troup Lady Tigers will be at home today for a Region 5-AAAA playoff series against Woodward Academy.

The winner of the best-of-three series will be the region’s number three seed for the state tournament, while the series loser will be the number four seed.

The teams will play two games today, with the first game set for 5 p.m., and if needed, a third game would be played on Wednesday.

Troup and Woodward Academy have played twice this season, and they’ve each won once.

In the first round of the region tournament last week, Troup lost to Whitewater 5-3 and 7-2, and Woodward Academy fell to Carrollton 12-0 and 9-1.

The LaGrange Lady Grangers will begin play in the Region 1-AAAAA tournament on Wednesday as they look to chase down a state-playoff berth.

LaGrange, the tournament’s number four seed, will play fifth-seeded Hardaway at 4 p.m. on Wednesday, and the winner of that game will play top-seeded Northside at 6 p.m. the same day.

The double-elimination tournament will finish on Friday, and the top four teams will qualify for the state playoffs.

LaGrange and Hardaway played a doubleheader last week, with LaGrange winning both games.

VOLLEYBALL: The LaGrange Lady Grangers will kick things off in the Region 1-AAAAA tournament today.

The Lady Grangers, the number four seed, will play fifth-seeded Shaw at 6 p.m. today, and if they win that match, they would play top-seeded Columbus at 7 p.m.

The tournament will wrap up on Thursday at Columbus High.