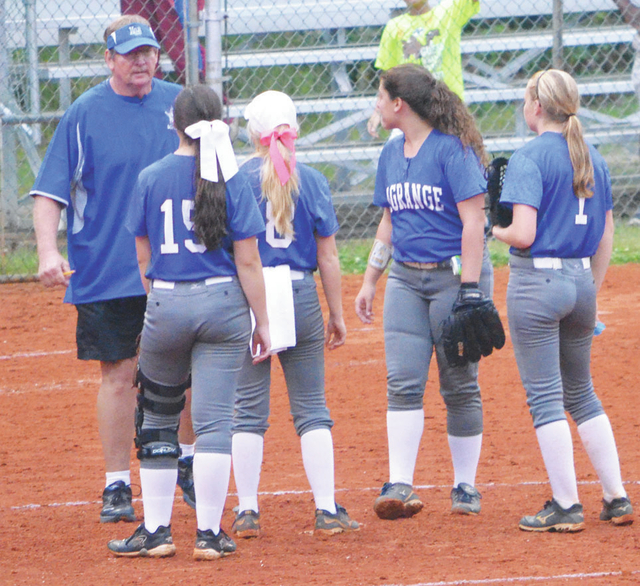 Here’s what it comes down to for the Callaway High softball team.

If the Lady Cavaliers win two games in the Region 5-AAA tournament today, their season will remain alive and they’ll be guaranteed a place in the state playoffs that get under way next week.

If Callaway loses a game today, it’s season is over.

First up, Callaway will play Haralson County at 5 p.m. in a must-win game in the double-elimination tournament.

If Callaway wins that game, it would play again at 7 p.m. with a chance to advance to the region semifinals and guarantee itself a spot at state.

The Lady Cavaliers are in a situation where they have to win today because of a tough 9-8 loss to Pepperell on Monday.

Callaway fought back from an 8-3 deficit to pull even with three runs in the top of the seventh inning, but Pepperell scored a run in the bottom of the inning to win it.

That loss put the Lady Cavaliers on the brink of elimination, but they still have hope.

First up, Callaway needs to find a way to beat Haralson County for the second time this season.

Haralson County won the first meeting between the two schools 9-1, but in the rematch, Brittany Mitchell hit a walk-off, two-run home run to give Callaway an 8-6 win.

Mitchell also had some late-game heroics in Monday’s loss to Pepperell with a two-run double in the top of the seventh inning that temporarily tied the game.

If LaGrange wins that game, it would play Northside at 6 p.m. later in the day.

LaGrange needs to finish fourth or higher in the tournament to qualify for the state playoffs.

In GISA softball, LaGrange Academy’s season came to a close with a pair of losses to Georgia Christian in the first round of the state tournament on Tuesday.

Georgia Christian moves on to play David Emanuel in a second-round matchup on Saturday.

In volleyball, LaGrange High fell to Columbus in the Region 1-AAAAA tournament on Tuesday.