Troup heads to state with momentum 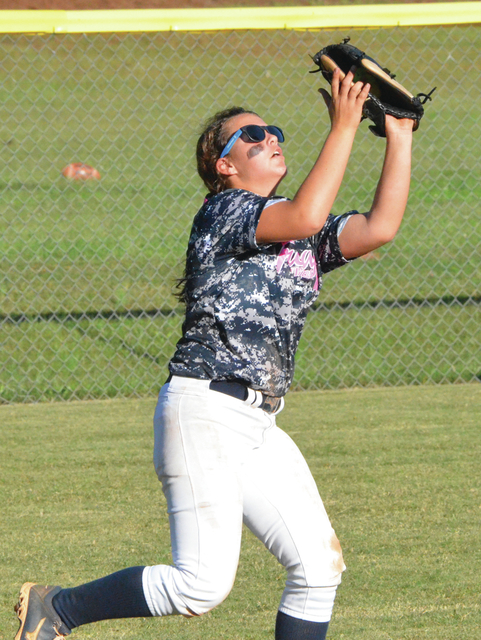 The Troup Lady Tigers beat Woodward Academy on Tuesday in a Region 5-AAAA playoff series. With the win, Troup earned the region’s number three seed for the state tournament that gets under way next week. Kevin Eckleberry | Daily News

http://lagrangenews.com/wp-content/uploads/sites/37/2015/10/web1_10-7-troup1.jpgThe Troup Lady Tigers beat Woodward Academy on Tuesday in a Region 5-AAAA playoff series. With the win, Troup earned the region’s number three seed for the state tournament that gets under way next week. Kevin Eckleberry | Daily News LAGRANGE – The Troup Lady Tigers are headed to the state tournament for the second straight year, and they’re going with a different mindset this time around.

A year ago, the Lady Tigers struggled at the end of the regular season, and they lost all four of their games in the Region 5-AAAA tournament before getting swept by Marist in the first round of the state playoffs.

It’s a different story this year as the Lady Tigers embark on their state journey with plenty of positive mojo.

After losing a pair of close ones to Whitewater in the first round of the region tournament last week, Troup was at home against Woodward Academy on Tuesday for a best-of-three series.

Those same two teams met a year ago in the region tournament, and it was Woodward Academy winning 5-0 and 9-0.

The tables were turned this year, with Troup prevailing 5-1 and 5-2 to secure the region’s number three seed for the state tournament that gets under way next week.

Tuesday’s games were most likely the final ones at home for the Lady Tigers, and they gave their fans plenty to cheer about.

In the first game, Abby Taylor pitched a complete game as Troup won 5-1.

In the second game, the Lady Tigers took the lead with three runs in the third inning, and that was plenty of support for Lane.

Lane is one of five seniors on the team along with Libby Wheeler, Amber Arnold, Katie White and Olivia Jones.

It was the first time any of the seniors got to participate in a playoff game of any sort on their home field.

“To finally have a home playoff game, and it be our senior year, it’s really exciting,” Lane said.

In the first game, Troup coach Blair Shimandle put the ball in the hands of Taylor, a sophomore pitcher, and she responded with a stellar outing.

In the second game, the veteran Lane got the ball, and she was superb as well.

Woodward Academy threated to get back into the game in the seventh inning of Game 2 when it brought the tying run to the plate, but Troup turned a double play to end the suspense.

Lane said she wasn’t worried about Troup losing the lead.

“I trusted the defense,” she said. “Even if two runs had scored, I still think we would have gotten out of it.”

Woodward Academy took the lead with a run in the bottom of the first inning of Game 2, but Troup plated three runs in the top of the third to surge ahead.

With one out, Taylor was hit by a pitch to began the three-run rally, and Amber Arnold followed with a single.

After Maddie Weathers knocked in a run with a base hit, freshman Kayla Lane came through with a double to drive in two runs and give Troup the 3-1 lead.

Troup added single runs in the fourth and seventh innings, and Woodward Academy scored its second and final run in the fourth inning.

In the top of the fourth, Wheeler reached on an error for Troup, Andrea Nix singled, and Hanna Lane’s sacrifice fly drove in a run.

In the seventh inning, Arnold and Weathers singled, and after a Kayla Lane walk, Madison McCartney’s sacrifice fly brought in Troup’s fifth and final run.

Weathers and Kayla Lane both had two hits for Troup in Game 2.

In the first game, Troup was trailing 1-0 until it broke through for a run in the bottom of the fourth inning.

Troup added another run in the fifth inning to take the lead before tacking on three insurance runs in the bottom of the sixth.

In the fourth inning, it was Weathers who got things started with a one-out double, and she scored on Kayla Lane’s base hit.

Kinley Stanford had a two-out single to put runners on first and third, but no more runs scored and it remained a 1-1 game.

Troup took the lead an inning later, and once again Weathers was a key part of the rally.

Hanna Lane walked with one out, and with two outs, Arnold kept the inning alive with a base hit.

With runners on first and second, Weathers went the opposite way and drove the ball into left field for an RBI single, and Troup had its first lead of the game.

Clinging to a one-run lead, Troup busted it open with three runs in the sixth inning.

Stanford and Andrea Nix both singled, and Hanna Lane delivered a two-out base hit to push the lead to 3-1.

Taylor then helped herself with a two-run base hit, and Troup had a four-run cushion.

“They played well all-around,” Shimandle said. “I thought both of our pitchers threw really well. And we played good defense.”