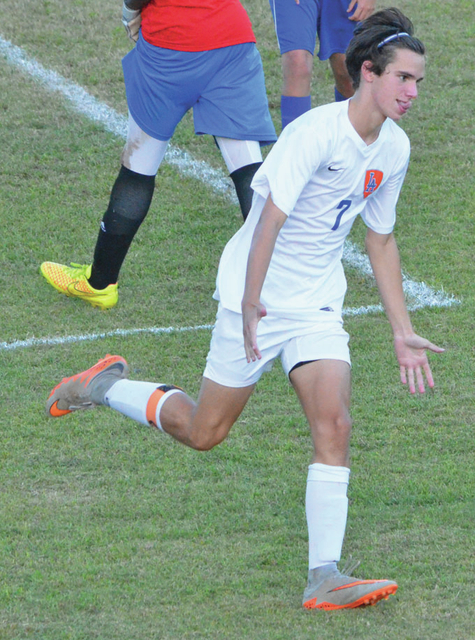 The Warriors fell short in the title game the previous two years, and they’re hoping for better luck tonight when they take on Furtah Prep.

Those two teams, who have already played twice this season, will face off at Clayton State University at 7:30 p.m., and the team that wins will bring home the championship trophy.

“We’re definitely looking for a different outcome,” Troup head coach Mike Petite said. “Going against Furtah, obviously we know them very well, and we feel like we can play with them.”

The first time LaGrange and Furtah played, they fought to a tie, and Furtah won the rematch to capture the region championship.

LaGrange Academy had the lead in both games.

“We feel like we have as good a chance as ever,” Petite said.

In Thursday’s game, the final score didn’t indicate how dominant LaGrange Academy was.

While Oak Mountain had two goals, one of them came on a penalty kick, and the other was an on goal when a LaGrange Academy player accidentally kicked the ball into his own net.

LaGrange Academy’s offense, meanwhile, had a bunch of great looks in the game.

Zach Callaghan scored a pair of goals for LaGrange Academy, and Will Trotter had a second-half goal that pushed the lead to 3-1.

“We were very intense with the pressure on offense,” Petite said.

In their first-round playoff win over Academe of the Oaks, the Warriors found themselves in an early hole.

The same thing happened on Thursday.

After a LaGrange Academy player touched the ball with his hands near the goal, a penalty was called, and Oak Mountain was awarded a penalty kick.

The kick was good, and LaGrange Academy was down 1-0.

“Everybody knew it was one of those things that happens,” Petite said. “I told them we have 77 more minutes. We’re fine. We got our offense in gear and starting to connect on some passes.”

In the 25th minute, Callaghan scored to make it a 1-1 game, and that was the score at the half.

In the second half, Callaghan notched his second goal, and LaGrange Academy led 2-1.

Later in the half, the Warriors got a key insurance goal off the foot of Trotter, who Petite said “had a tremendous game in center midfield. He was everywhere, winning ball after ball, making quality passes.”

Trotter’s goal turned out be particular big when the own goal occured with about 10 minutes left in the game to make it a 3-2 game.

LaGrange Academy held on from there to get the win and move a step closer to a championship.

SOFTBALL: The LaGrange Lady Grangers have played their way into the state tournament.

Needing a win over Carver on Thursday to earn its state invitation, LaGrange rolled to a 15-1 victory.

LaGrange later lost to Northside 10-1 to finish fourth in the Region 1-AAAAA tournament.

LaGrange will be on the road for the first round of the state tournament next week.