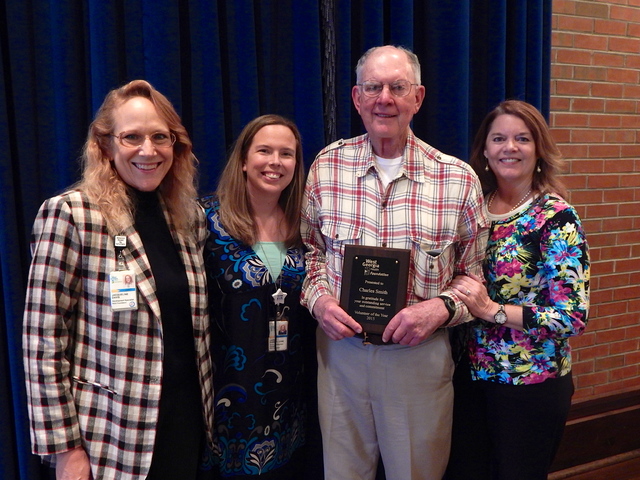 LaGRANGE — Charles Smith, a longtime LaGrange businessman with a heart for serving his community, has been honored as the West Georgia Health Foundation’s 2015 Volunteer of the Year.

“We are very fortunate that Charles believes so strongly in the work we do at West Georgia Health and our foundation,” said Susan Ferguson, the foundation’s director of development. “He doesn’t shy away from asking people to support the causes that are important to him.

“Those who have been on the receiving end of a request from Charles have been swayed by his passion and sincerity. Others have so much respect for him that they find it hard to turn down his request.”

His service on the foundation board and as chair of the Signature Gifts Committee has made the foundation’s $10 million goal for a new cancer center more manageable, Ferguson said.

Originally from Grantville, Smith moved to LaGrange in 1968 to work for Hutchinson Traylor Insurance. In 1984, he became the company’s president, serving until 2010 when he turned the reins over to his two sons, Wesley and Edward Smith. He continues to serve as board chairman at Hutchinson Traylor.