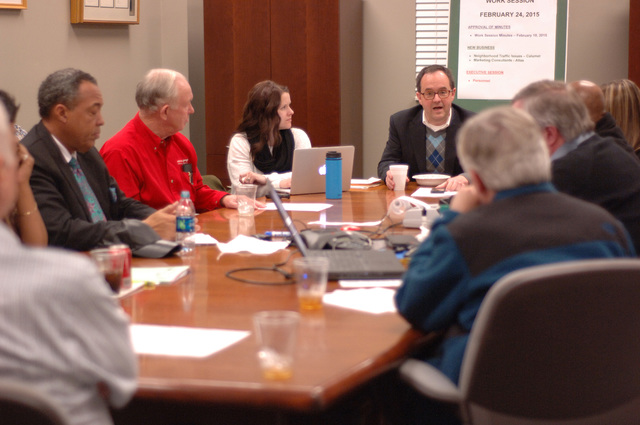 Council held public hearings on proposed rezonings of properties at 911 Mooty Bridge Road, 705 and 709 Vernon Road, both of which heard no comments, for or against.

A public hearing was also held regarding the proposed tax allocation district at LaGrange Mall. Local business owner Chris Horman spoke against the proposal and said it would create an unfair advantage for large companies against small business owners like himself. No one spoke in favor of the proposal.

Shannon Lawson, project coordinator of the Troup County Prevention Coalition, spoke to council and thanked them for their support of the upcoming Red Ribbon Week, aimed at reducing drug and alcohol use among children and teens.

City Manager Tom Hall presented Council with September financial statements, including all checks written for amounts more than $2,000, but did not speak about any specifics.

Council approved a $17,000 grant to join with the Coweta Judicial Circuit’s District Attorney’s Office and the Carrollton Police Department to join into a pilot program database to study gang violence and track gang members.

A memorandum of understanding was signed to propose tax and other incentives to Great Wolf Resorts for the creation of a new water park near the Whitesville Road exit of Interstate 85.

The alcohol ordinance was amended unanimously by City Council to force bar owners to stop serving alcohol at 1 a.m. every day and close by 2 a.m. The measure was effective immediately.