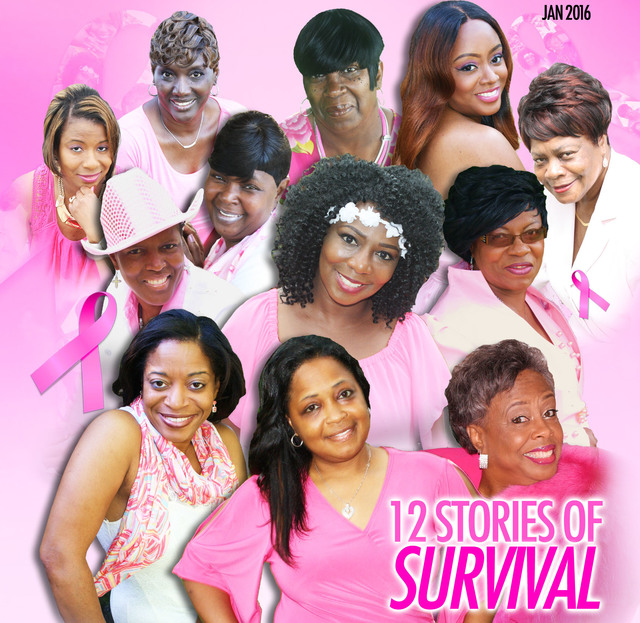 The cover for the first issue of ‘Veracity’ magazine shows women featured for surviving breast cancer. The magazine accompanies a calendar, an annual project by celebrity hair stylist Tobby Leverette, and features local women who have survived the illness.

http://lagrangenews.com/wp-content/uploads/sites/37/2015/10/web1_WEB1016Veracity.jpgThe cover for the first issue of ‘Veracity’ magazine shows women featured for surviving breast cancer. The magazine accompanies a calendar, an annual project by celebrity hair stylist Tobby Leverette, and features local women who have survived the illness.

LaGRANGE — Tobby Leverette, celebrity hair stylist, makes his living helping women feel beautiful every day, so when it came time to publish his annual calendar, Leverette said he wanted to that same thing for women who have survived breast cancer.

For over two decades, Leverette has printed a calendar, each year featuring a different theme. This year he decided to help the cause for breast cancer awareness by choosing 12 women who represent survival. And for the first year, the calendar will also be accompanied by a magazine that tells the stories of the women featured in the calendar.

The project, which started in March, treated each woman to their own professional photo shoot complete with makeup artists and designers, Leverette said.

While he hopes the project brings awareness to breast cancer, Leverette said the focus of the calendar is survival.

“The message that we want to send is a message of hope that if these women can survive and live productive beautiful lives … you too can survive to tell your story,” he said.

When lifelong LaGrange resident and breast cancer survivor Faye Edmondson was asked to be a part of the calendar, she said she initially didn’t know what to expect.

“I’m the behind-the-scenes person … so we had to fight with that for a minute,” Edmondson joked. “It was a little nerve-wracking at first, but once we got into the photo shoot, it was so much fun.”

Edmondson, 61, was diagnosed with breast cancer in January 2011. Once diagnosed, she said all she asked God was to let her be around for her grandchildren.

After surgery, chemotherapy treatments and radiation, Edmondson is now living cancer free and enjoying life with her eight grandchildren.

For Edmondson, the calendar and magazine is an opportunity to send out encouraging and positive messages to other women.

“In that period of time, I was so angry with God because ‘why me?’” Edmondson said. “I should know better than anyone else ‘why not you?’ My husband kept telling me, ‘this cancer may not be for you, it may be for somebody else to show them that you can make it.’”

Like Edmondson, Angel Ligon, a breast cancer survivor and LaGrange resident, said encouragement is the goal of this project.

At 24 years old, Ligon was diagnosed with breast cancer for the first time. Ligon said she hopes that through her story others will find that the illness does not discriminate against age.

Ligon had her photo shoot in May while she was undergoing chemo treatments.

“Going through chemo, I just didn’t feel as pretty,” she said.

But with a team to help her do her hair, makeup and clothes, Ligon said the shoot helped her feel pretty again.

Leverette said the calendar provided that same confidence to the other women involved.

“It gave a lot of them a greater hope, and even dealt with their esteem. It gave them the opportunity to dress up, do something different while at the same time representing something they have been affected by,” he said.

Ligon said when she first started chemotherapy, she had a lot of questions about what she would be facing. With the calendar featuring women who have faced and beat the battle against breast cancer, Ligon said she wants others to know that there are women who can help prepare and guide them through the illness.

Mostly, though, Ligon said she wants women to know that survival is possible.

“I always tell people to just focus on winning and focus on being a testimony to someone else … it’s not a death sentence,” she said.

The calendar and magazine premieres Saturday night at the Holiday Day Inn Express in Auburn, Alabama, at a fashion and award show featuring women who have survived breast cancer. It is at the show that the women will see their photos and the magazine for the first time. Leverette said a portion of the proceeds will go towards breast cancer research at the East Alabama Medical Center Foundation.

The calendar and magazine can be purchased at the premiere or online at www.tobbytheking.com.