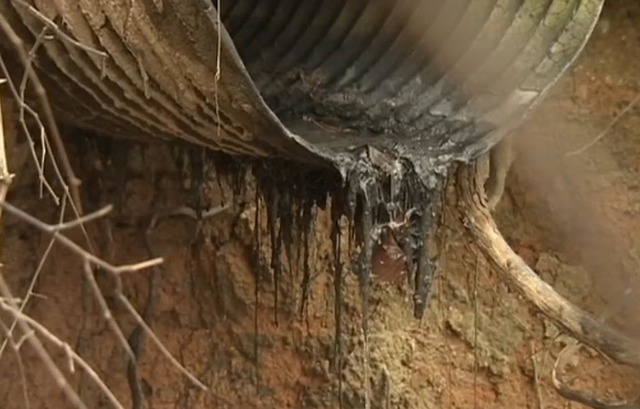 ATLANTA — The landlord of a company fined $10 million by a federal court in August for polluting the Chattahoochee River settled a lawsuit with a regional environmental nonprofit Monday.

Chattahoochee Riverkeeper, a clean water advocacy group, filed suit against Roswell-based M&K Warehouses in November 2014, according to court records. The suit ended in a settlement agreement Monday, according to a news release from the riverkeeper.

M&K Warehouses, which leased a property in Fulton County to American Sealcoat, “has worked diligently to reverse the environmental harm caused by American Sealcoat, spending more than $500,000 on remediation work approved by the Georgia Environmental Protection Division,” the riverkeeper said in a statement.

An attorney representing M&K also expressed satisfaction with the resolution.

“This was an unfortunate situation that M&K inherited from its tenant, American Sealcoat,” said Bob Norman, counsel to M&K. “M&K, however, moved quickly after getting the property back from American Sealcoat to address the environmental conditions on the site and we are pleased to reach a cooperative resolution on the Clean Water Act allegations with (the riverkeeper). The company is glad to have all of this behind them.”

With Monday’s settlement, the riverkeeper will dismiss its lawsuit against M&K. The agreement resolves concerns regarding contamination of soils and surface water, while ensuring no further pollutants from the site have the potential to harm the Chattahoochee River, the nonprofit said in a statement.

Under the agreement, M&K will complete the remaining work of the remediation plan, including the restoration and stabilization of an area that drains to the Chattahoochee River, which feeds West Point Lake, in order to reduce the potential for water quality impacts. In addition, M&K intends to perform a supplemental environmental project on adjacent property to improve water quality in the Chattahoochee River.

M&K will also compensate the riverkeeper for its attorney’s fees and expenses, and will contribute $50,000 to local organizations identified by the riverkeeper that will directly benefit the Chattahoochee River basin.

“(Chattahoochee Riverkeeper) is pleased with this resolution and that M&K agreed to a thorough clean-up of the affected property — we’re assured that future stormwater runoff from the site will not carry any further contaminants to our beloved Chattahoochee River,” said Jason Ulseth, head of the Chattahoochee Riverkeeper. “This settlement agreement shows that cooperation is much more effective and successful than conflict. We think this case sends a clear message to other industrial operators and property owners that compliance with water quality laws is not optional, and hope that it encourages them to follow M&K’s example of cooperation and compliance.”

The riverkeeper said it intends to direct a portion of the supplemental environmental project funds to the state government for stream bank stabilization and maintenance along part of the river.

American Sealcoat was directed by U.S. District Court Judge Orinda Evans on Aug. 13 to pay the $10 million for unlawful discharge of toxic pollutants into the Chattahoochee River near Fulton Industrial Park, located near Six Flags over Georgia off Interstate 20 in Fulton County.