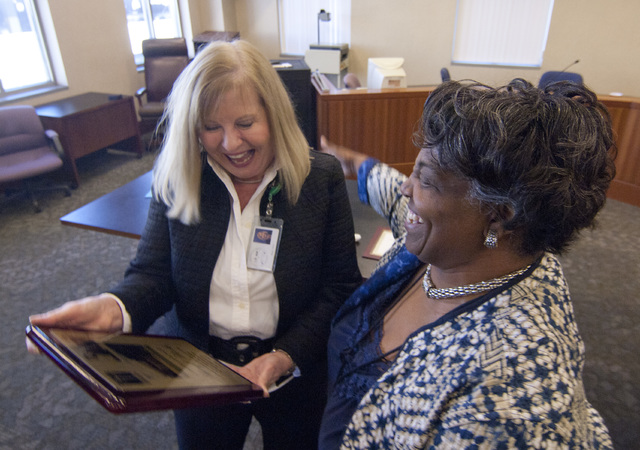 Hicks received a personalized plaque in honor of her upcoming retirement on Oct. 30. She has 25 years of service as director of court services and alternative dispute resolution, also called mediation, a program that she launched in 1992.

Shinji Morokuma, director of the Georgia Office of Dispute Resolution, said that Troup County has “one of the oldest and best mediation programs in the state.” Morokuma lauded Hicks for her contributions, and said she “served as a mentor and advisor to other programs throughout the state.”

Hicks said that it has been an honor to work in mediation and plans to continue to mediate after her retirement.

Retired Superior Court Judge Judge Allen Keeble said that he became “a great fan of Sheryl Hicks” through working with her.

“If anything needed doing, she did it, and did it well,” Keeble said. “Sheryl Hicks is the most intelligent, knowledgeable, dependable, competent person I’ve ever worked with in local government.”