SUV overturns in wreck on New Franklin Road in LaGrange 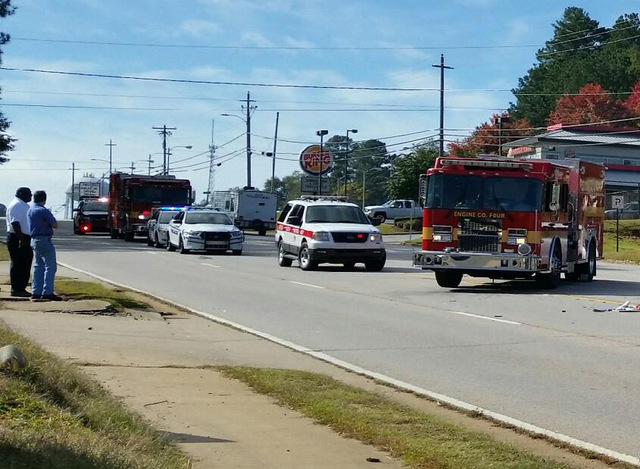 http://lagrangenews.com/wp-content/uploads/sites/37/2015/10/web1_20151022_1108381.jpgCars line up on New Franklin Road as LaGrange police and fire vehicles block the area where an overturned SUV (not shown) sits on its side. The vehicle was struck by a sedan on New Franklin Road, according to witnesses.

LaGRANGE — At least two people were injured in a wreck on New Franklin Road about 11 a.m. Thursday where an SUV was flipped on its side in the impact.

Witnesses at the scene told the Daily News that an SUV pulled out from Fryer’s Tire Center at 808 New Franklin Road into the path of an oncoming sedan. The sedan hit the SUV, tipping it over, and the sedan then went across two lanes of the road and came to a stop at the side of the highway near Walmart.

Two people were taken to West Georgia Medical Center for treatment, including the driver of the SUV, witnesses stated.

Three lanes of New Franklin Road were closed until about 11:30 a.m. as crews cleaned the road.

LaGrange police officers are investigating. The Daily News had not gathered information from the LaGrange Police Department as of this report.

Check back to lagrangenews.com for updates.

— Melanie Ruberti reported from the scene.

‘No one deserves to be abused’ — Vigil in…