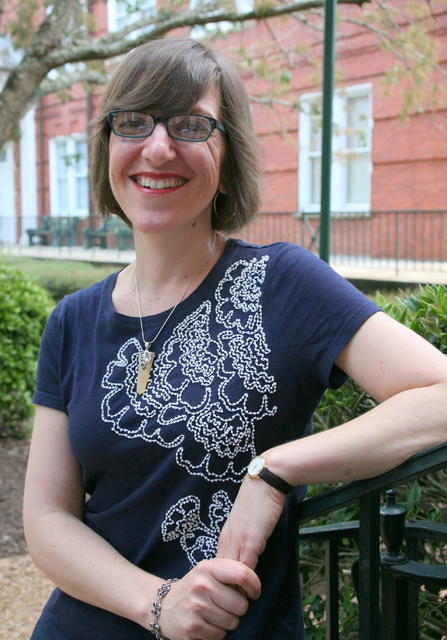 LaGRANGE — Patti Marchesi, assistant professor of English at LaGrange College, smiles when she remembers a former student’s comment after completing her class.

“I didn’t like Shakespeare before,” the young man said, “but now I do.”

A newcomer to the LC faculty this year, Marchesi hopes to change a few more minds about Shakespeare — and expand the knowledge of those who are already fans — as guest speaker at Monday’s 3D Journeys fall lecture. Her topic will be “A Midsummer Night’s Dream,” one of Shakespeare’s most entertaining comedies.

Next April, the 3D Journeys learn-and-travel program will offer a trip to see the play — an intricate and amusing tale of magic, mistaken identities, family foibles and competing love interests — at the Alabama Shakespeare Festival in Montgomery.

There’s a reason “A Midsummer Night’s Dream” remains popular more than 400 years after it was first performed, Marchesi said.

“It’s a play people respond well to. There’s the magic, the forest, the fairies, the young couples running around being foolish,” she said.

It doesn’t hurt that it has some of the funniest scenes in all of Shakespeare, she points out.

The professor, who earned her doctorate in English literature at the University of Colorado at Boulder, plans to focus on the battle of the sexes in the play, pointing out themes that remain relevant today.

“It’s still current. Many of the questions the play raises are things we are still wondering about,” she said. “Others, we have evolved from.”

Provost David Garrison, himself a former English professor, said the lecture will be “scholarly but definitely not dry.”

“What Patti plans to do is very cool. She’s going to grab a thread of a complex tapestry and pull it.”

In some ways, Marchesi is an unlikely Shakespeare scholar. A native of Brazil, her first language was Portuguese. She moved to Europe with her family at age 11 and attended high school at Vienna International School in Austria.

“It was an international school, but the curriculum was very British,” said Marchesi. Her love of English literature blossomed during that time, and she came to the United States for college, majoring in English at Hamilton College, then getting her master’s in English literature at the University of Delaware.

“It wasn’t until graduate school that I began to focus on Shakespeare,” she said.

“A Midsummer Night’s Dream” is featured in her doctoral dissertation, which explored the theatricality of magic on the early modern English stage.

“I always teach “A Midsummer Night’s Dream” in my Shakespeare classes,” said the professor who spent five years on the faculty of Northern Arizona University in Flagstaff before coming to LaGrange this fall.

LaGrange College’s focus on global engagement appeals to Marchesi, who speaks three languages and has working knowledge of others.

“I am loving it here. The students are great,” she said.

And she welcomes this early opportunity to engage with the LaGrange community.

“I am always happy to talk about Shakespeare,” she said. “I hope to give the audience something to think about.”

3D Journeys will sponsor a visit to the Alabama Shakespeare Festival in Montgomery to “A Midsummer Night’s Dream” at one of the world’s 10 largest Shakespeare festivals. In addition to visiting the ASF in the Blount Cultural Center, the journey will include a visit to the Montgomery Museum of Fine Arts, the oldest fine arts museum in Alabama. Details and rates will be available at the Monday lecture.