Man accused of pointing gun at 2 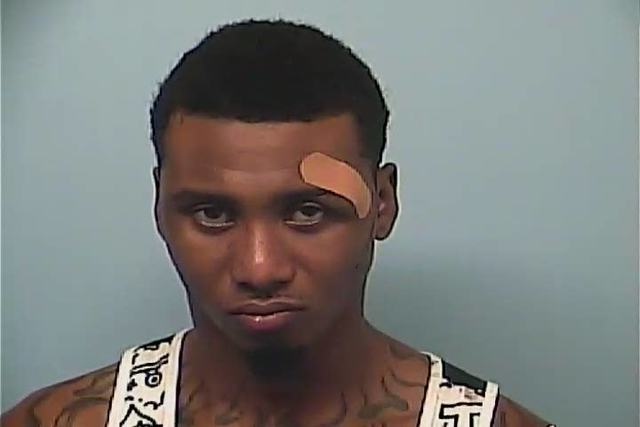 LaGRANGE — A man accused of pointing a gun at two men who trying to repossess a car made his first appearance before a Troup County Magistrate Court judge on Thursday morning.

According to LaGrange Police officer William Norris, on the morning of Sept. 2, the victims went to the Heritage Square Apartments at 372 Youngs Mill Road looking for a silver Volvo due for repossession.

The two men said a black man dressed all in black, later identified as Ogletree, approached them and told them to leave. Norris said according to the victims, Ogletree then went into a nearby apartment and came back out with a gun and pointed it at them.

Another black male in a white shirt who was never identified, also came out with a gun and pointed it at the ground, Norris stated.

The officer testified the two victims then got back in their vehicle and called police and while they drove up to the main road. One of the males followed them up to the road and pointed the gun at them again, so the victims left and met officers at another location, Norris said.

According to the officer, Ogletree was not arrested until Sept. 10 at 512 Daniel Street. When officers went to arrest him, Norris told the court the suspect snatched his arm away and took off. Norris said he quickly caught Ogletree and had to deploy his electric stun gun to get the man under control.

Ogletree’s defense attorney asked Norris about the alleged weapon used in the Sept. 2 incident when police responded to the apartment complex.

“Why didn’t you get a search warrant to look for a gun? You had other officers there at the scene,” he said.

According to the officer, no weapons have been found related to the incident.