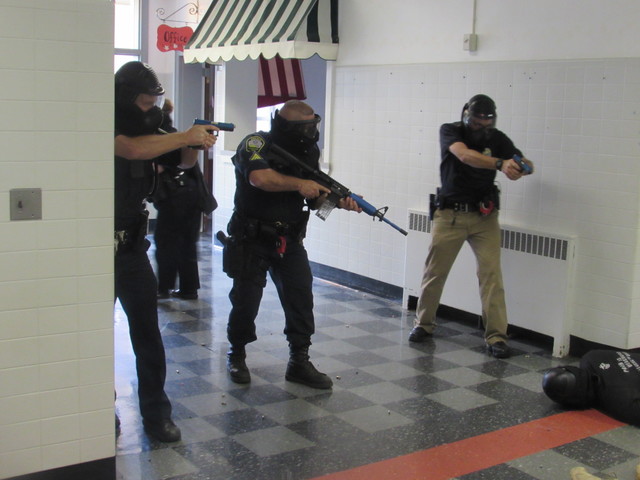 LaGRANGE — As the simulated sounds of gunshots and cries for help echoed off the nearly empty halls of the old Unity Elementary School off Park Avenue on Thursday, LaGrange police officers and detectives carefully made their entrance into the building.

The teams kept their eye out for victims and the potential shooter — learning to decipher between the two with all the commotion going on inside the school. Officers cautiously radioed back and forth as they carefully cleared room after room until they came face to face with the gunman.

Fortunately, the gunman was a fellow LaGrange police officer — armed, but not with real bullets.

Although the potential could be real, this scenario was a training exercise and part of weeklong sessions for officers and detectives of the LaGrange Police Department.

According to Wade Sheppard, organizer and LPD training officer, the sessions expose officers to three or four different possible scenarios. Sheppard said the situations vary from a gunman actively shooting at people and police to a potential shooter who has barricaded himself inside a room in the building.

Sheppard stated the officers learn entry and exit strategies, along with honing their skills in safely rescuing victims and evacuating them from the building.

“We do the training quarterly to keep the officers up to date on training,” Sheppard said. “The techniques are always evolving so we may learn something better or keep the techniques we have familiar — and keep the movements fresh in their minds.”

The officers were divided into groups. Sheppard said during one scenario, a group practiced being the contact team, or the ones who would initially go in and make contact with the shooter. In another scenario, the team may rehearse their roles as the rescue team, which would find and save victims.

The groups are also debriefed after each exercise, during which officers were told by trainers the things they did right and wrong.

Sheppard said these scenarios are not just meant to train officers for an active shooter inside schools. The dangerous situations also help LaGrange police prepare for gunmen firing inside a movie theater, office and other indoor settings.

Reporter’s note: For police tactical reasons, the Daily News was asked not to divulge all of LPD’s training methods. 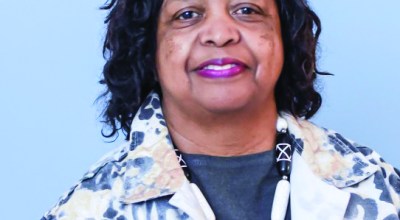