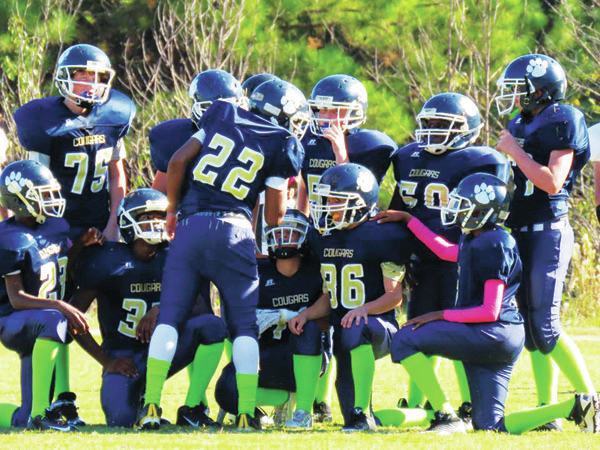 LAGRANGE – They’re hoping to return home with a championship trophy in hand.

After a big win over Callaway Middle School last week, the Long Cane Middle School football team will play for the championship of its five-team league today.

Long Cane will play Harris County Middle School at 5:30 p.m., and the game will be contested at the Harris County High School stadium.

“You never know with 13 and 14-year-olds, but I think they’re pretty excited,” said Leslie Meadows, the head coach of the Long Cane team.

The league includes the three local schools, Long Cane, Callaway, and Gardner Newman, in addition to the middle schools from Valley and Harris County.

Four of those teams advanced to the playoffs, and the first-round games were last week.

Whatever happens today, it’s been a big fall for Long Cane.

The seventh-grade team finished with the best record in the league, and there wasn’t a tournament for that age group.

Now, Long Cane has an opportunity to secure a nice addition for the school’s trophy case if it can knock off Harris County.

While winning is always nice, Meadows said a major goal in middle-school football is preparing the players for high school.

“That’s something we try to teach the kids,” Meadows said. “We want to win now, but it’s about teaching them so when they’re (in high school), that’s their time to shine.”

Meadows said some of the current eighth graders may not have to wait too long to make their mark on the high-school level.

“These are all eighth graders, so they’ll all be going to the high school as freshmen next year,” Meadows said. “Two or three of them might be able to contribute on the high-school level as freshmen.”