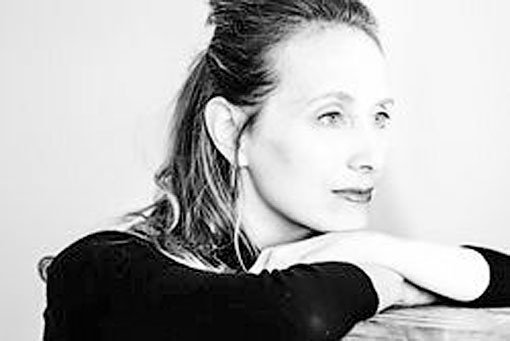 LaGRANGE — Georgia’s 2015 Author of the Year in Poetry, Anya Krugovoy Silver, will be the next speaker in the Friends of the Library Author Talk series.

Silver will read from her poetry and talk about her experiences as a poet on Tuesday at 6:30 p.m. at the library. Prior to her appearance at LaGrange Memorial Library, she will address an audience of LaGrange College faculty and students for a contact hour at 11:15 a.m. in Turner Hall.

The daughter of a Ukrainian-born literature professor, Anya developed an ear for the mystical powers of language and a keen and searching eye for beauty. She grew up in Pennsylvania, where her father taught at Swarthmore College. With a Ukrainian father and a German mother, she lived in this atmosphere where literature, philosophy and politics were always discussed and debated — often loudly — around the dinner table, by people from different countries.

Her grandfather was murdered by Stalin, and her father was a refugee who brought her up in the Russian Orthodox Church. She attended Haverford College before heading south to Emory for graduate school, where she met her husband Andy, also of Russian descent, but Jewish.

In a poem titled “Marrying Outside the Faith,” she writes movingly about what each surrendered — and gained — in their respective religious identities.

“I still love the sights and smells and introspection of the Russian Orthodox Church, but it’s a little too conservative for me,” she said.

The couple moved to Macon to teach at Mercer University in 1997. Her first book’s title, “The Ninety-Third Name of God,” comes from the meditations of her yoga teacher, based on the Muslim “Ninety-nine names of God.” Many of the poems in this volume are shaped by her diagnosis of inflammatory breast cancer at the age of 35 when she was five months pregnant with her son. In spite of chemotherapy and radiation treatment, she successfully gave birth to her son, only to experience a resurgence of the cancer five years later.

Although her experience with cancer certainly heightens her sensitivity to human suffering, Silver declares that she doesn’t “want to be the Angry Cancer Poet!” She simply wants to be a Poet — “capital P” — among other engaging and challenging roles — a mom, a wife, a teacher.”

In her second volume of poetry, “I watched you disappear,” for which she was awarded the distinction of Georgia Author of the Year in Poetry, she memorializes other women who have died of cancer and women in treatment whom she doesn’t know. In a recent interview with Celeste Headlee of Georgia Public Radio, she affirms that her poems are “attempts to bring the dead back to life and preserve them from annihilation.”

The poems are not entirely about her experience with cancer. Some are celebrations of art, motherhood, and family, as well as a sequence of poems based on the fairy tales of the Brothers Grimm. Her third book of poetry, “From Nothing,” is scheduled for publication by LSU Press in 2016.

Anya Krugovoy Silver is a Professor of English at Mercer University and currently serves as Director of Women’s Studies. The Friends of the Library Author Talk series is free and open to the public.