Cougars tune up for state playoffs 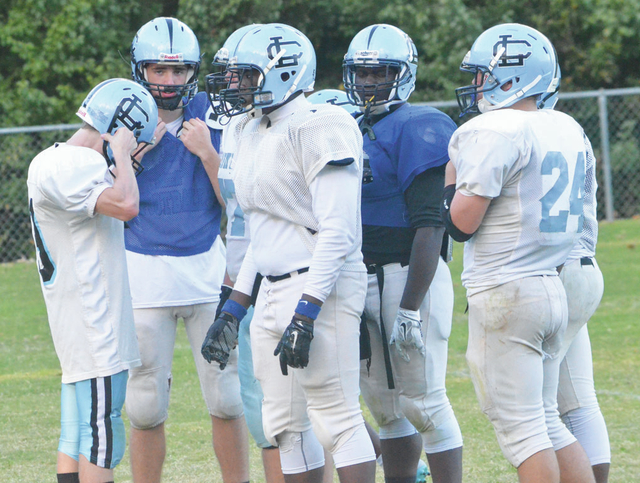 LAGRANGE – Two weeks removed from their biggest win of the season, the Lafayette Christian School Cougars will return to the playing field today.

On Oct. 23, Lafayette Christian took on Holy Ground Baptist Academy in a game that would determine which team would finish second in the region.

It was Lafayette Christian coming away with a 35-34 victory to secure a spot in the Georgia Independent Christian Athletic Association State playoffs, while the loss cost Holy Ground a playoff spot.

Had Lafayette Christian lost the game, it would have been the team sitting at home when the playoffs began.

After taking last week off, Lafayette Christian will be on the road against Ballard Christian today before the state playoffs begin next week.

The Cougars have reached the state semifinals the past two seasons, and they’ll be looking to put together another playoff run this year.

Lafayette Christian came into the Holy Ground game with a 1-1 region record.

It’s a four-team region, with the top two teams qualifying for the state playoffs, so the Cougars had no margin for error.

The Cougars had what appeared to be a comfortable 35-20 lead in the second half after Eli Shepherd returned an interception for a touchdown.

After getting a touchdown and a two-point conversion to pull within seven, Holy Ground scored another touchdown with less than 30 seconds remaining.

Trailing by one point, Holy Ground opted to go for two, but Lafayette Christian made the stop to preserve the win.

“Our defense bowed up and handled their business and made it tough for them and we came out with the win, so we’re happy,” Lafayette Christian head coach Nate Shaw said.

Jemi Reed had two touchdown runs in that game, Sam Marshall had a scoring run, and freshman quarterback Landon Whitley, who did a terrific job running the option offense, also scored on a touchdown run.