Callaway back home for second-round game 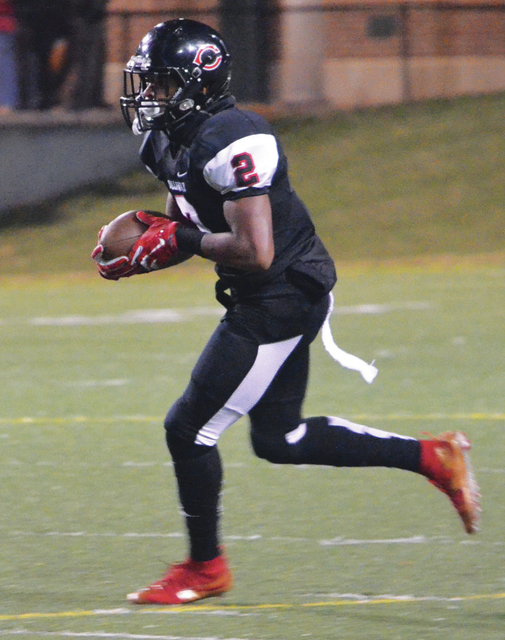 Dre Martin and the Callaway Cavaliers will host Westminster on Friday in the second round of the Class AAA state playoffs. Kevin Eckleberry | Daily News

http://lagrangenews.com/wp-content/uploads/sites/37/2015/11/web1_CHS25.jpgDre Martin and the Callaway Cavaliers will host Westminster on Friday in the second round of the Class AAA state playoffs. Kevin Eckleberry | Daily News

LAGRANGE – After a dominant performance in the first round of the state playoffs, the Callaway Cavaliers will try to keep it going this week.

Callaway (10-1), which overwhelmed Hart County 38-20 last week, will host Westminster (7-4) on Friday in the second round of the Class AAA state playoffs.

Westminster also had an impressive first-round performance with a 31-7 victory over Southeast Bulloch.

With a win this week, Callaway will advance to the quarterfinals for the third time in school history.

The first time Callaway made it to the quarterfinals was in 2009, and it had to beat Westminster in the second round to get there.

After beating Riverside Military Academy 47-7 in the first round that year, Callaway edged Westminster 35-31 in a thriller.

Callaway went on to lose to Fitzgerald 35-21 in the quarterfinals.

The Cavaliers also made it to the quarterfinals during the 2013 season, and they beat St. Pius X 35-21 to make their one and only trip to the final four.

The Cavaliers have won 10 straight games since dropping their season opener, and they dominated a talented Hart County team.

It was close in the third quarter after Hart County scored a touchdown to get within three, but Callaway ripped off 21 straight points to put it away.

Dylan Johnson, Cedric Maynard, Tyrek Frazier and Brandon Boddie all had touchdown runs for Callaway, and JT Wortham returned a fumble for a touchdown.

Westminster had no trouble with Southeast Bulloch.

Westminster quarterback Rankin Woley had a touchdown run, and he also had an interception that led to a field goal.

Chase Williams and Zay Malcolme each had scoring runs for Westminster.

If Callaway can get past Westminster, it will play either Adairsville or Jackson in the quarterfinals.