Warriors make it two in a row with home win 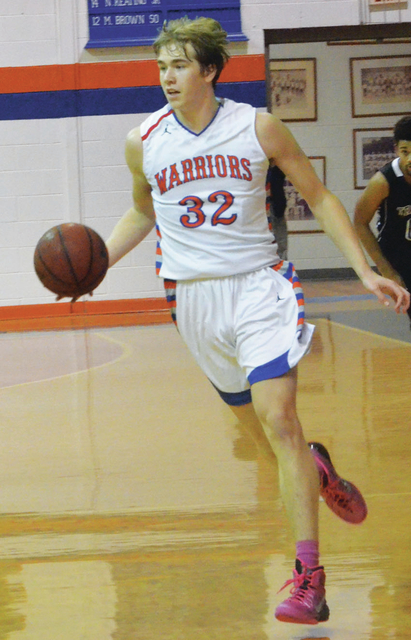 LAGRANGE – It’s two up, and two down for the LaGrange Academy Warriors.

After opening the season with a victory over Trinity Christian last week, LaGrange Academy thumped Colonial Hills 68-52 on Monday to improve to 2-0.

“It was a really good defensive effort,” Gaylor said. “We missed a lot of shots in the first half and third quarter, and they finally started falling in the fourth, and we kind of put them away. Our defense was top-notch tonight.”

When the Warriors created some separation in the second half, Gaylor said it was Moreman, a 6-foot-9 senior, leading the way.

Moreman had 23 points in the season-opening win against Trinity Christian.

“Whit really played well in the second half,” Gaylor said. “He dominated the paint on both ends of the court. We were throwing it to him everytime down the court from the mid third quarter on. He stepped up and had a big night.”

It was also a big night for Anderson, a junior post player who transferred from Callaway High and was playing his second game for his new team.

Anderson had 19 points in his debut for LaGrange Academy last week.

Callaghan got it done from the outside with three 3-pointers.

“Zach hit three threes, and he played well in all facets of the game,” Gaylor said. “Our other guys were a little off at the start, but they got going toward the end.”

Although the season is still in its infancy, Gaylor feels good about his team’s prospects.

“The guys are playing hard,” Gaylor said. “They love being around each other. They absolutely just have great team chemistry already, which is great. I love being around them. As long as we continue that, we’re going to be fine.”

In Monday’s girls’ game, the Lady Warriors had a lead at the half, but they struggled offensively in the second half on the way to a 49-21 loss.

Leah Major led LaGrange Academy with 10 points, and she was 2-of-3 from 3-point range.

LaGrange Academy’s teams will be on the road against Griffin Christian today.