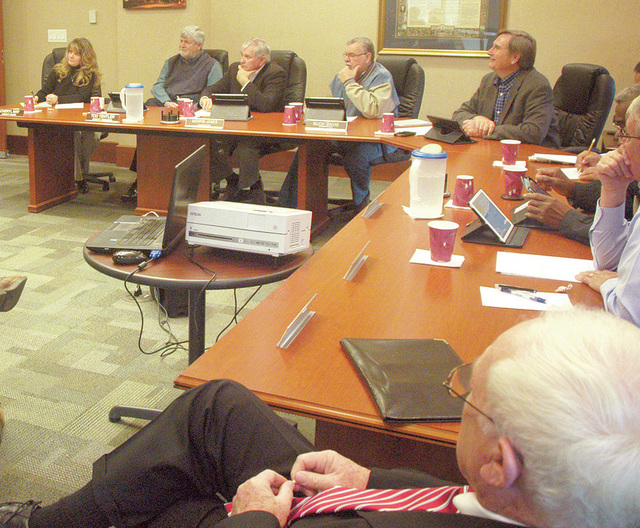 LaGRANGE — The Troup County Board of Commissioners met Tuesday at the government center for its regularly scheduled meeting.

All commissioners were in attendance and meeting minutes from Oct. 30 and Nov. 3 meetings were approved unanimously.

Commissioners also unanimously approved the county’s fifth tax allocation district, slated for the LaGrange Mall area. The measure, once finalized, will provide for additional property tax money generated by improvements to the mall to be put toward payment of debt incurred in the renovations. County Manager Tod Tentler said he expects three new restaurants and one national retailer as part of the expansion. A possible 55,000 square foot expansion of the mall is also in the works, he added.

Similarly, commissioners passed a measure to extend for two years the life of another tax allocation district near the Whitesville Road exit of Interstate 85. The TAD was set to expire at the end of this year, and with new interest generated by the proposed Great Wolf Lodge water park in the area, commissioners want to allow future developers to make use of the TAD. The measure passed unanimously, but also must pass the other taxing bodies of Troup County, including the school board.

Hiring freezes for two part time positions — one in the elections and registration department and another with the county’s drug lab — were also lifted. The positions are budgeted and not expected to impact the county’s finances.

Two vehicles used by the Troup County Fire Department were declared surplus, one of which is a tanker truck and the other a half-ton GMC pickup. They will be auctioned online.

A first reading and public hearing regarding a special-use permit were held for a planned event space in the Rosemont area of the county. The proprietor, Greg Arrington of County Line Church Road, plans to open a wedding, tourism and meeting space on property at 542 Rosemont Road. The space could be used for special events and would include trails for walking, horseback riding and bicycling, according to Arrington’s application.

Some special conditions are part of the special-use permit, including limitations on the hours amplified music can be played outside and buffers that must be in place to mitigate noise pollution.

David Hyde, who lives next door to the proposed event center, spoke in opposition to the plan, but said he would support the measure as long as all the steps for noise mitigation set for in the special-use permit are met.

The permit was not vote-eligible and a second public hearing is slated for Dec. 1.

Commissioners approved the placement of a manufactured home on Deerfield Road. No one spoke for or against the measure, which passed unanimously.

Commissioners ended their meeting after an executive session to discuss board appointments.