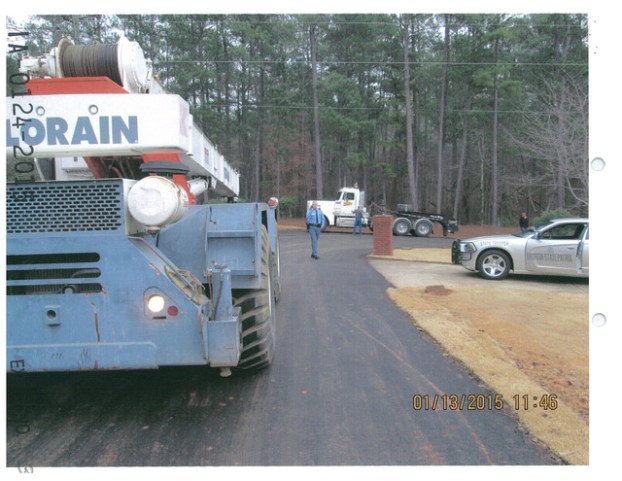 Brittany Mitchell celebrated with her teammates on the Callaway High softball team after signing a letter of intent to play at Columbus State. Kevin Eckleberry | Daily News

http://lagrangenews.com/wp-content/uploads/sites/37/2015/11/web1_mitchell3.jpgBrittany Mitchell celebrated with her teammates on the Callaway High softball team after signing a letter of intent to play at Columbus State. Kevin Eckleberry | Daily News Brittany Mitchell got hot toward the end of the season and helped lead Callaway to the state tournament. Kevin Eckleberry | Daily News

http://lagrangenews.com/wp-content/uploads/sites/37/2015/11/web1_10-6-mitchell.jpgBrittany Mitchell got hot toward the end of the season and helped lead Callaway to the state tournament. Kevin Eckleberry | Daily News Brittany Mitchell with her coaches and family members during her signing-day ceremony. Kevin Eckleberry | Daily News

http://lagrangenews.com/wp-content/uploads/sites/37/2015/11/web1_mitchell1.jpgBrittany Mitchell with her coaches and family members during her signing-day ceremony. Kevin Eckleberry | Daily News

HOGANSVILLE – Once she got hot, there was no stopping her.

Late in the high-school softball season, Callaway’s Brittany Mitchell got on a tear, and she was seemingly knocking the cover off the ball everytime she made contact.

“There was a point right at the end of the year where she was 13 of her last 15 with a couple of walks,” Callaway softball coach Ashley Summerlin said. “She doubled her RBI total the last two weeks of the season. She caught fire and led us into the playoffs. She did a good job leading our team.”

That’s the sort of player Columbus State is getting.

Last week, in a ceremony at Callaway High, Mitchell signed a letter of intent to play softball at Columbus State, and she’ll join the team this fall, although her first official game as a college player won’t come until the spring of 2017.

Mitchell was a four-year starter at Callaway, and she enjoyed tremendous success during her time there.

Mitchell was an infielder her first three seasons, but she moved to catcher for her senior year and excelled at that position as well.

Now, Mitchell is getting ready to make the transition to the college game, and she can’t wait.

“I’ve always dreamed of this day, so it’s an amazing feeling,” Mitchell said.

Summerlin said Mitchell is deserving of this chance.

“She’s just an all-around good kid,” Summerlin said. “She works hard not only in softball, but she works hard in the class room. It’s finally paid off for her. She’s going to get an opportunity to play. There are a lot of people who play softball in high school that don’t get to play after that.”

During her senior season, Mitchell hit .355 with three home runs, a team-high nine doubles, and 18 RBIs.

Those numbers were typical for Mitchell, who was one of the team’s best hitters since she broke into the lineup as a freshman.

Now Mitchell will get an opportunity to show what she can do for a strong Columbus State program.

“It’s a good program, and she’ll be able to go and step in as a freshman and contribute,” Summerlin said. “We’re all proud of her.”

When Mitchell heads to Columbus State, that will give the team two Callaway players.

Jessica Siggers, who is Mitchell’s cousin, will be a red-shirt sophomore for Columbus State when a new season rolls around.

“I talked to her a little bit about it, how she liked it,” Mitchell said. “And I went down to a bunch of camps. I love the campus down there. The first time I went down there, I just fell in love with it.”

Summerlin was Mitchell’s coach for three seasons, and he appreciated everything she did for the program, including moving to catcher as a senior.

“One day you come to practice, and you’re putting on that gear, and she handled it real well,” Summerlin said. “She got better every day. By the end of the year, she was one of the best catchers we had seen all year.”

While Mitchell won’t be playing softball for Callaway any longer, her time as a high-school athlete is a long way from done.

She’ll be one of the top players on the soccer team next spring, and she’s also getting set to play high-school basketball for the first time.

“I’m playing basketball this year, too,” she said. “I played in the eighth grade, but I haven’t played in high school.”

Some other seniors from last season’s Callaway softball team may also get an opportunity to play college softball.

One of those players is Keshonna Terrell, who like Mitchell was a four-year starter at Callaway, and she capped her high-school career by hitting .362 while leading the team with 23 RBIs.

Another senior, Jessica Perkins, led the team with a .456 average, and she had a pair of home runs.

The other two seniors were Molly Hubbard and Terriyunna Dunson.