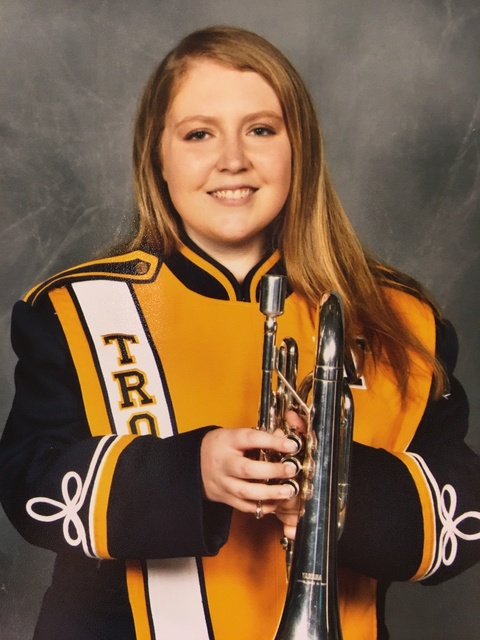 LaGRANGE — For most band musicians, participating in the Macy’s Great American Marching Band on Thanksgiving Day is a once-in-a-lifetime opportunity, but for Troup County junior Jennifer Aplin, that opportunity has come around for the second time.

On Thanksgiving, Aplin will march in the 89th Macy’s Thanksgiving Day Parade for her second year, joining 250 other students from across the country.

Aplin, who plays the mellophone, earned a coveted spot in the marching band last year after auditioning. She is one of several students from Georgia and the only student from Troup County.

“I grew up watching the parade. I watch it every single year with my cousins,” Aplin said. “I never thought I would get the chance to even go to New York City, let alone be in one of the biggest parades in the world.”

Between celebrity treatment and meeting strangers from all over the country, Aplin said the experience is surreal, but one of the best times she’s ever had.

Three million people line the streets of New York City for the legendary parade and to watch the Great American Marching Band.

“It was like your 15 minutes of fame, people are taking pictures of you — you’re a superstar,” Aplin said.

Regardless of being famous for a day, Aplin said the people are what make the experience. In last year’s parade, Aplin was joined by other Troup County band students. She goes into this year’s experience only knowing one other student who she met last year.

“Band kids are band kids no matter where they’re from so we have that in common,” she said.

Aplin arrived in New York Saturday night and has been rehearsing for the parade all week. Besides rehearsing, Aplin said she and the band will get to tour the city, see “Les Misèrables” on Broadway and have their own pep rally on Herald Square.

This will mark a special year for the Great American Marching Band as it is their 10th year. In addition to the 250 students representing each state, alumni from previous years were invited back.

While Aplin is no stranger to playing for a crowd or memorizing music, she said this experience is more difficult.

“It’s a little nerve-racking, because no one has ever played together,” she said. “We have to find our own sound.”

The hard work will pay off Thursday during the NBC broadcast of the parade and Aplin said she and her band mates will wake up at 1:30 a.m. to start preparing for the show.

The band is under the direction of Dr. Richard Good of Auburn University and Barry Houser of University of Illinois.

Aplin said she hopes she is able to return once again next year.