Tunes for Tots on tap Saturday 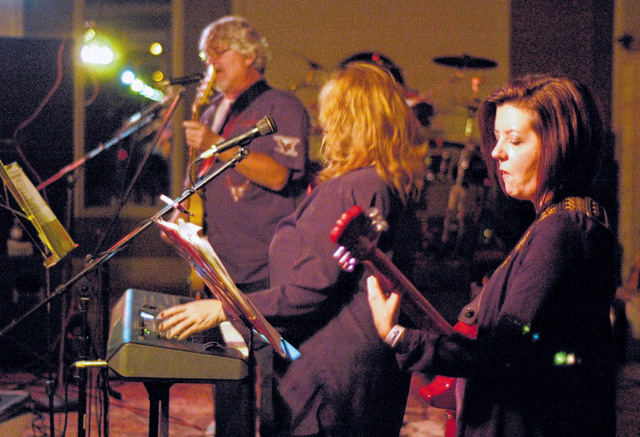 The band Smokey Road performs at the fourth annual Tunes for Tots benefit concert in 2014 at the Lafayette Garden Inn on Lafayette Parkway.

http://lagrangenews.com/wp-content/uploads/sites/37/2015/11/web1_WEBTunesforTots.jpgThe band Smokey Road performs at the fourth annual Tunes for Tots benefit concert in 2014 at the Lafayette Garden Inn on Lafayette Parkway.

Admission is $10 or a new, unwrapped toy, and patrons must be 21 years or older for admittance. All the proceeds go directly to Toys for Tots and help less fortunate youngsters in Troup County.

This year, four bands have offered to donate their time and music to the event. Concertgoers will be able to hear everything from modern rock to country and blues.

Although the event will offer good times and music for patrons, East said, it’s about more than having fun

“It’s a big impact on the kids of Troup County for the kids that wouldn’t otherwise be able to have Christmas,” he said. “Honestly, it’s a just a good feeling to help. Right now we’re in a time when we need to be giving more than we are and this is an event that can help out with that.”

East thanked the business community for their support of the event, especially Fusion nightclub for donating the space, Mud Creek Graphics for donating T-shirts that the first few patrons will receive for free, and the UPS Store for donating flyers and posters for the event.

“I want to say thank you to all the people who have been supportive this year,” he said. “We’ve had a good response and a lot of sharing. Its’ been a lot of fun.”

Last year, more than 100 people attended the event and dozens of toys were donated.