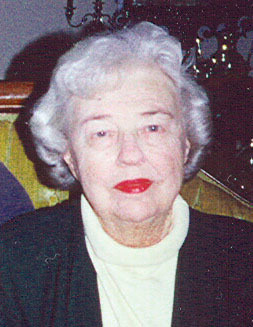 (Following our tradition, this week we bring you a roundup column in this fifth November Weekend edition of the Daily News. We saved these additional items from the past because of lack of space in earlier weeks. We hope you will read and enjoy!)

An Editorial: Talked Across the Continent — A modern miracle was performed in Atlanta a night or two ago when Atlantians, assembled at the Chamber of Commerce building by special invitation of the Southern Bell Telephone Company, actually talked to representatives of the telephone company in San Francisco.

Their voices carried across over 3,000 miles across the continent and were heard as distinctly as in the average 100-mile connection.

This was a triumph for science and for the Southern Bell Company.

In the current issue of Time magazine, there appears a letter from Elmira Grogan of Elberton, which LaGrange residents will find interesting.

“Sirs,” she wrote. “You Yankees make me laugh. So your Miss Rutz-Rees of Rosemary Hall in Greenwich, Connecticut, was the first to prescribe uniforms in a U.S. girls’ school, introducing them over the objections of her pupils in 1897. (Time, Nov. 4.)

“In my own college, LaGrange Female College in LaGrange, Ga., which celebrated its centenary in 1936, the walls of the old Prayer Hall are lined with pictures of long-dead maidens in the prescribed uniforms they were wearing during the War Between the States. For those four tragic years, and long afterwards, they dressed in exact grey Confederate uniforms, with braided basques, bell skirts instead of breeches, a jaunty forage cap perched upon their curls … but make no mistake, these ingenues’ botany textbooks were written in Latin. …”

Same Issue: A United Nation Now Faces The World — National unity and national strength, the uppermost desire of the people of the United States, of President Roosevelt and the leaders of the opposition party. From every section of the country, from high places and from the rank and file, from anti-New Dealers and from both parties there comes the vocal and sincere desire to present a united front to the world. That this unity will be achieved and achieved quickly is a foregone conclusion.

If Mr. Hitler and his satellites had hopes that an election year in the United States would bring disunity and impotence to America, they are due for a sad awakening. The people of America are this day behind President Roosevelt in his foreign policy, all determined as is the president, to keep this nation strong and all determined that the Western hemisphere shall remain free.

Aid to England will be hastened. The industrial machine of America will go into high gear. Not a day will be lost in the united effort to prepare this nation for defense.

“Unity” is the watch word of the day, and this day it is accomplished.

Unidentified Object Sighted Over LaGrange — A unidentified flying object was reported over the LaGrange area Thursday night by the State Patrol.

According to Sgt. F. R. Calton, the object was visible for about 20 minutes.

Calton said, “The object was greenish and appeared with a long glow. After watching it for several minutes, the object seemed to explode.”

Checking with Warner Robins Air Force Base, the Daily News contacted J.A. McMurtrey of the Federal Aviation Agency who said that he has received several calls on the matter.

Cotillion Club to Present 16 Debutantes at Gala Ball — The 1990 members of the LaGrange Cotillion Club will attend a round of parties beginning on Thanksgiving and leading up to a gala ball at the Highland Country Club on Dec. 27.