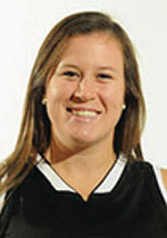 It was a winning weekend for the LaGrange College men’s basketball team, which won a pair of games in the Maryville Classic.

One of those wins came against Emory, the 18th ranked NCAA Division III team in the country, and LaGrange College also beat Oglethorpe.

The Panthers (4-1) will go for their fourth straight win when they host Birmingham Southern on Wednesday.

In Sunday’s game against Emory, LaGrange College exploded for 51 points in the second half to rally from a five-point halftime deficit.

Mark Wagner led the Panthers with 24 points, and he also pulled down seven rebounds and had six assists and four steals.

Alex Bonner was 7-of-12 from the field and had 20 points off the bench, and Braxton Ford and Justyn Olson each had 11 points.

Olson, a LaGrange High graduate, was 5-of-6 from the free-throw line.

Jared Henderson, a freshman, led the Panthers with eight rebounds, and he also scored seven points.

“I’m extremely proud of what these guys accomplished this weekend,” LaGrange College head coach Kendal Wallace said. “Overcoming adversity is something athletes must to do to be successful and we certainly did that this weekend. These guys care more about the front of the jersey than the back, that we is bigger than me. Our guys played extremely hard against a nationally-ranked opponent with senior Mark Wagner leading the charge.”

The Panthers led 48-32, and they were up by as many as 24 points in the second half on the way to the blowout win.

Mike White led a balanced scoring effort for the Panthers with 16 points, and Wagner and Elijah Adedoyin each scored 11 points.

WOMEN’S BASKETBALL: The Panthers also had a perfect weekend, sweeping Berry College and Oglethorpe in the USA South/SAA Challenge.

Senior Morgan McDonald provided the winning points when she made a pair of free throws with less than a second remaining.

“I am very proud of our perseverance and effort today,” LaGrange College coach Lee Buchanan said. “We beat a quality Oglethorpe team today. It was a battle for 40 minutes and we found a way to pull out the win.”

Trailing 29-21 at the half, LaGrange College outscored Oglethorpe 28-18 in the second half.

“Our defense was outstanding, only allowing 18 points in the second half,” Buchanan said. “We had several players step up tonight and showed what a true team can do.”

Hannah Landers and Kelsey Walthall each scored 12 points for the Panthers, with Walthall knocking down 6-of-7 free-throw attempts.

Madison Barker, who was a perfect 4-for-4 from the line, scored eight points and had eight rebounds.

The Panthers did great work at the free-throw line, making 12-of-13 attempts.

In Saturday’s game, Lauren Johnson scored 19 points to lead LaGrange College to a 58-48 win over Berry.

Johnson was efficient from the field, making 6-of-8 of her shot attempts, including both 3-point tries.