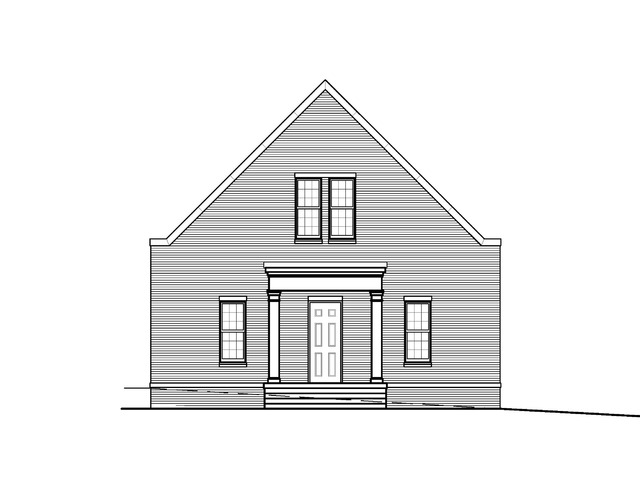 Workers prepare foundation work at the site of the college’s new Fraternity Court behind Cleaveland Field.

http://lagrangenews.com/wp-content/uploads/sites/37/2015/12/web1_WEB1201FratWork01.jpgWorkers prepare foundation work at the site of the college’s new Fraternity Court behind Cleaveland Field. An artist rendering of the outside of one of the houses. They will be similar in design, but not identical.

http://lagrangenews.com/wp-content/uploads/sites/37/2015/12/web1_WEB1201FratWork02.jpgAn artist rendering of the outside of one of the houses. They will be similar in design, but not identical.

LaGRANGE — LaGrange College’s three fraternities will be moving into new chapter houses this spring following the completion of a Fraternity Court behind Cleaveland Field off Forrest Avenue.

The project is the result of much research, as well as conversations with students, faculty, staff and the community, said Marc Shook, associate provost and dean of student engagement.

“The college’s administration is very supportive of Greek life groups as they pursue their mission of developing Christian and moral leaders,” he said. “Discussions about building new fraternity houses have been held since my very first cabinet meeting four years ago.”

With a steady increase in participation in Greek and student organizations, it became evident that new fraternity houses could have a transformative impact on the overall student experience at the college, he said.

“Katie Mosley, director of student involvement and service, has been a huge part of that growth,” Shook said. “Her passion for working with our students has inspired a resurgence in interest in Greek life.”

“Research shows that the more engaged undergraduates are in extracurricular activities, the more they persist and succeed,” he said. “Greek organizations are one of the ways in which students develop deep leadership skills and long-lasting relationships. We believe participation in our fraternities and sororities is a part of the success many of our students find in job placement and graduate school admission.”

Following a series of conversations led by McAlexander and Shook, fraternities and sororities were able to discuss the necessary aspects of a chapter house. Those suggestions were kept in mind during the planning process for the court.

“The sororities already have their houses on Broad Street, but it was a different story for the guys,” he said. “They are excited about getting their new places.”

“We are so proud to see this happen,” he said. “It shows that the college believes in our mission to improve the college student experience and Greek life, as a whole. The success of the Fraternity Court has the potential to increase the college’s retention rates and will provide a place for our young men to grow and bond.”

Pirrman said the residences will provide better places for the groups to hold chapter meetings, rituals and social gatherings.

“There will be plenty of parking and security cameras covering the public spaces around the houses,” he said. “They also are very walkable. Sidewalks and lighting are already in place from Forrest Avenue behind Price Theater to the site.”

Each of the houses will be between 1,800 and 2,000 square feet, with two bedrooms and a shared bath to be occupied by two members of each group’s executive committee. The residences also will include a living room, public bathrooms, meeting space and two doors on the back leading to an outdoor covered patio and fenced yard.

The exteriors of the houses will be consistent but not identical, and the placement of lettering, flag poles and monuments will be standardized, he said.

Directly behind the Fraternity Court is a 2-acre buffer zone that is owned by the Callaway Foundation.

“This means that the houses will not be backing up to yards on Vernon Street,” Pirrman said. “Behind the court is a natural sound berm consisting of a hill that rises 25 feet and is densely forested with sound-absorbing and reflecting trees and thick undergrowth.”

“This is something all three chapters have needed for quite some time,” he said. “The benefits of a fraternity court are immense. Having an environment to conduct chapter meetings, philanthropy events and socials will only encourage and increase membership.

“It also demonstrates to our alumni that Greek life at LaGrange College will continue to grow.”

River City Construction from Columbus, currently working on the conversion of the former West Side school to house the music and nursing departments, is handling the project. Construction is scheduled to be completed in January, allowing the students to move into their new facilities at the beginning of spring semester in February.