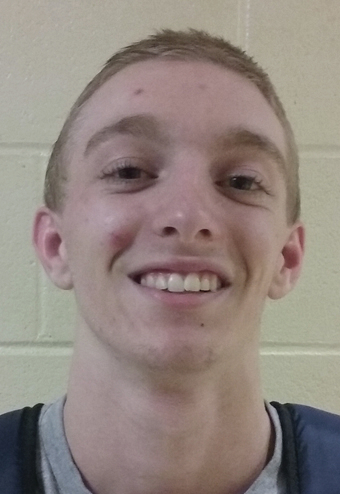 Coming off a painful and frustrating junior season, Troup High wrestler Dakota Wilson is looking for big things as a senior.

“I’m putting a target on my back, but I feel like I can win (state),” Wilson said after Monday’s practice session. “Honestly, without a doubt I do. This year, I feel like I’m at a whole new level. My technique is so much better. It’s more crisp.”

Wilson’s junior season was one he’d like to forget.

He was late getting started while he recovered from injuries suffered in an accident involving a four-wheeler before the season began, and then once he finally got on the mat, he suffered a serious elbow injury during a match at LaGrange High.

Wilson tried to come back late in the season, but his elbow wouldn’t cooperate.

“I came back for a tournament in Luella,” Wilson said “I cut my cast off, and it got so swollen. I wrestled for third and fourth, and I couldn’t even move it. I pinned the guy, but I couldn’t wrestle after that.”

Wilson came into his junior season with enormously high expectations, but because of two major mishaps, he was unable to achieve any of his goals.

If there was a positive to come out of a bleak situation, it’s that Wilson knew he had his senior season to look forward to.

Wilson is coming off a strong performance in the Hiram Duals last weekend where he went 2-0 with a pair of pins.

Considering the way his junior season went, Wilson is thrilled to be back and, knock on wood, he’ll be able to stay healthy the rest of the season.

“It’s a dream,” Wilson said. “We’re in here working hard every day. I feel like it could be a magical year, for real.”

Wilson wrestled at 120 pounds during his previous three seasons, but he has settled in at 126 pounds this season, and he’s happy with that.

Wilson has high expectations for himself, and for the team.

The Tigers enjoyed modest success during Wilson’s first two seasons, but they took a major step forward last season when Craig Garner took over the program as the head coach, with his brother Drew Garner stepping in to help as well.

Troup finished in the top eight in the state duals, and 11 wrestlers qualified for the traditional state tournament, with three of them finishing in the top six in the state finals.

Wilson is aware of the impressive history of the Troup wrestling program that includes nine team state titles, and numerous invididual champions.

Troup’s program has been unable to maintain that lofty status for the past decade, but Wilson said everything is trending in the right direction now.

Wilson said he and his teammates are willing and eager to do whatever it takes to make Troup a championship team.

Mostly that entails a lot of hard work in the wrestling room, with Wilson and his teammates spending close to three hours each day working with Garner and the other coaches.

“Keep working, that’s all we’ve got to do,” Wilson said. “We’ve trying to move mountains.”