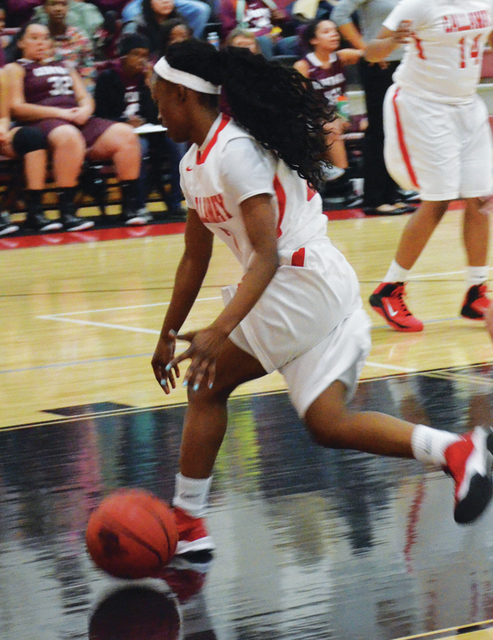 HOGANSVILLE – The Callaway Lady Cavaliers, fresh off a season that ended with a third consecutive trip to the state tournament, will jump into a new season today.

Callaway will play the first of eight non-region games when it makes the short trip to take on rival Greenville.

The Lady Cavaliers will begin the season short-handed, with senior guard Tanesha Johnson unable to play, although head coach Deyano Martin hopes to get her back for the start of region play in January.

Also, three players who were on the team a year ago and didn’t graduate haven’t returned, so Martin will use these non-region games as an opportunity to see exactly what he’s got.

First up will be a Greenville team that opened its season with a 73-34 victory over Schley County earlier this week.

“I don’t know what I have. I really don’t,” said Martin, whose team lost to Greenville 49-36 last season at home. “I will find out quick. (Greenville is) run and gun.”

Among the veterans on the team are senior Zamari Hardnett, who was one of the leading scorers last season, as well as senior Kamaria Porter, junior Alexus Scott and sophomore Chyna Cameron.

Martin believes the team will receive a boost by the presence of two newcomers, senior Brittany Mitchell and sophomore Kelly Carlisle.

Mitchell and Carlisle are teammates on the softball and soccer teams, and now they’re playing basketball for the first time in high school.

“Brittany Mitchell and Kelly Carlisle are out here. That’ll help,” Martin said. “Kelly can play, and Brittany can shoot it. They’ll be a big addition to the team.”

Callaway will be back in action on Tuesday with a road game at Valley before making its home debut on Dec. 12 against LaGrange. 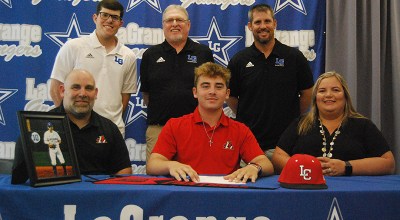