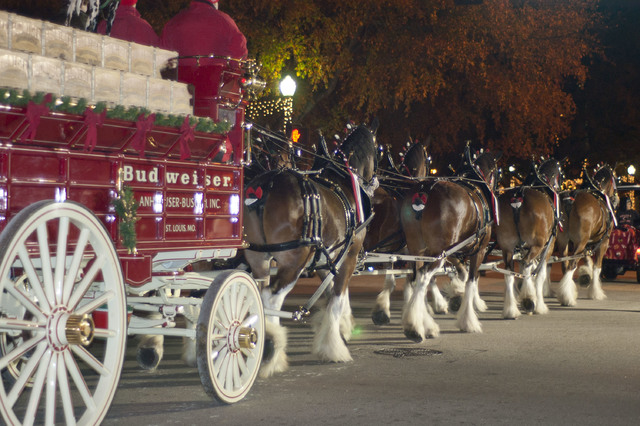 The Budweiser Clydesdales march in the LaGrange Christmas Parade on Thursday. They are set to appear in Saturday’s Hogansville Christmas parade.

http://lagrangenews.com/wp-content/uploads/sites/37/2015/12/web1_web1204Clydesdales.jpgThe Budweiser Clydesdales march in the LaGrange Christmas Parade on Thursday. They are set to appear in Saturday’s Hogansville Christmas parade.

HOGANSVILLE — Santa Claus is coming to town in Hogansville on Saturday, ready to ring in the Christmas season with a festival and parade.

The Merchants Association is slated to sponsor a Christmas fair at 308 E. Main St. from 10 a.m. to 2 p.m., featuring a cake walk and face painting. The event is open to the public.

Around 4 p.m., Christmas music and performers will take the stage at the Cavlin Hipp Veterans’ Memorial Park on Main Street, followed by storyteller Carol Cain who is scheduled to share tales with the crowd.

The Starlight Trees are set to be lit at 6 p.m. by the Pilot Club and the “Dancing Around the Christmas Tree” parade begins after. The parade will be routed through Main Street downtown and will include the famous Budweiser Clydesdale horses and wagon.