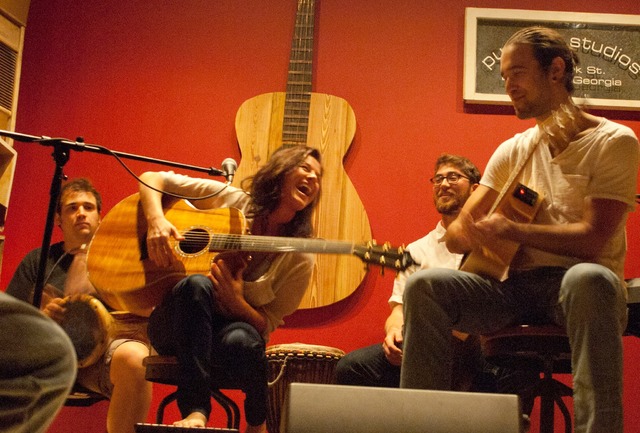 LaGRANGE — Marshall Ruffin, a Georgia based guitarist, singer and songwriter, is set to perform at Pure Life Studios on Friday.

The show begins at 7:30 p.m., with West Point artists Corbin Hoats and Steffi Ledbetter as openers. Tickets are available for $15.00 cash donation at the door and the concert is open to the public, according to Maggie McDonald, Pure Life Studios owner.

“Marshall is a legend in the making and I love to watch peoples faces when they hear him for the first time,” McDonald said. “He is just remarkable.”

Ruffins style is a perfect fusion of blues driven melodies, jazz riffs, rock undertones and soaring gospel vocals; in fact, thats exactly where he began to develop his style — Ruffin has performed gospel music at churches around Georgia for some time now.

Ruffin has worked hard and earned the 39th Annual Eddie’s Attic Shootout victory in 2013 and this year he was honored as “Best Atlanta Vocalist” from Creative Loafing. He is quickly growing an excellent reputation and gaining popularity and respect all over the South and beyond.

“This show is very special since Ruffin normally doesn’t include holiday music on his set list. If you don’t attend Friday, you’re not going to hear it,” suggests Pat Patten, who is also Ruffins agent. One fan summed it up best, “Marshall has found a powerful balance of blues and grunge rock. The only match for the growl of his guitar is the howl of his voice. An artist wise beyond his young years.”

Seating is limited and can be reserved by emailing maggie@purelifelagrange.com or text messaging 706-443-4838.

Information on this and upcoming events may be found at http://business.lagrangechamber.com/events/ or Facebook at www.fb.com/lagrangepurelife.